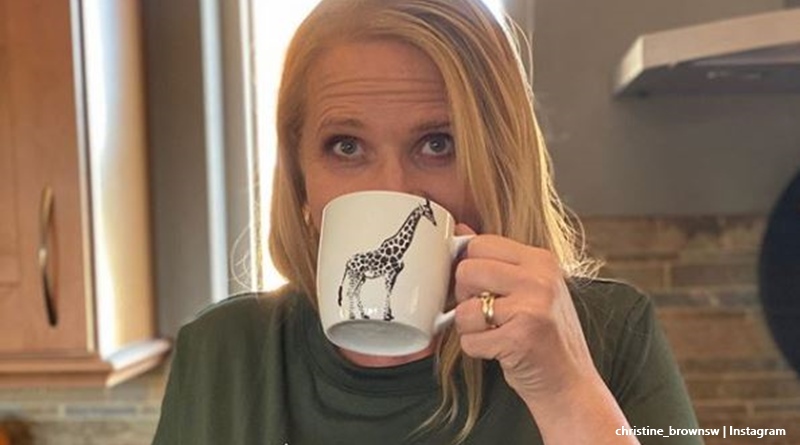 Sister Wives fans love it that Christine Brown slimmed down and looks so very well these days. But, it turns out that she suffers pain and movement restriction from herniated neck disks. Fans who suffer the same fate note the condition’s painful. But, is it fixable?

Christine Brown took to her Instagram this weekend to share a few posts. One showed her out and about buying some books. But the next one spoke about her herniated neck disks. She just got her makeup done, and explained it helps for others to assist her. Her caption read, “Thanks for the makeover @ysabelpaigebrown Since I have 2 herniated disks in my necks it’s difficult to do mundane things like sitting and driving and putting on makeup.” Well, TV Shows Ace noted Ysabel’s all grown up these days, so she’s old enough to help her mum.

Plenty of Sister Wives fans sent their thoughts to Christine, and it seems quite a common problem. One fan said, “Had my Fusion done in 2012, now the weather is getting colder my neck is getting more stiff LOL….roll on the warmer weather…[main] pain is something else…..I feel for you @christine_brownsw hope you feel better soon. Warm wishes from West Texas.” Another commented, “I know how painful that can be. Sorry to hear you have them as well.” Yet another follower shared, “Wow. How painful. Prayers for quick and complete recovery!! 🙏”

Thanks for the makeover @ysabelpaigebrown Since I have 2 herniated disks in my necks it’s difficult to do mundane things like sitting and driving and putting on makeup. #herniateddisc #makeup #helpfulkids #momlife #blessed

What are herniated neck disks and can they be fixed?

WebMD suggests that sometimes people might suffer from a herniated neck or upper back disk and not even know it. But, as you age, the condition could become very painful. They explain that the spine contains vertebra and in between each one is a disk that protects from the shock of physical activity. The site adds that the neck disks called cervical disks “cushion the cervical vertebrae. They also connect the vertebrae to each other so you can bend and twist your neck and back.” That explains why Sister Wives star Christine sometimes struggles with moving her neck, head, and shoulders.

The actual herniated disk occurs “when the outer part [of the cushion] gets tears or splits.” They add, “the gel can poke out. This is what it means for a disk to become herniated.” That sounds really painful. Spine Health talk about treatment and pain management. According to the website, often, “herniated disc pain can be successfully managed with nonsurgical treatments, such as over-the-counter pain medications, physical therapy to strengthen and stretch the neck, ice or heat packs, and/or activity modifications to avoid painful movements until the pain has subsided.”

Fans of TLC’s Sister Wives know that Christine Brown’s daughter suffers from scoliosis and they opted for non-surgical treatment. So, it’s unlikely she’d rush off for surgery. Surgery would normally be considered if pain management fails. Mayfield Brain and Spine notes, “ACDF surgery may be an option if physical therapy or medications fail to relieve your neck or arm pain caused by pinched nerves. Patients typically go home the same day.” The surgery involves removing the disk. In the space left behind, surgeons place a “spacer bone graft” in there.

According to them, this graft serves as a bridge between the two vertebrae to create a spinal fusion. The bone graft and vertebrae are fixed in place with metal plates and screws.” They add that as the body heals, “the bone graft should join the two vertebrae and form one solid piece of bone.” So, if things become too bad, that option might be something Christine could consider.

What do you think about Christine Brown suffering from herniated neck disks? How do you cope with it? Did surgery help you? Sound off in the comment s below.