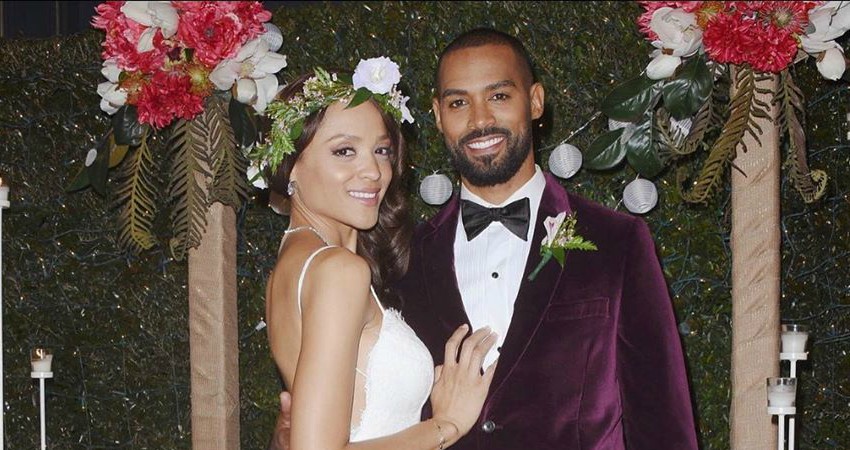 Days of Our Lives is setting the scene for a life-changing week in Salem, literally. At the end of the week, Salem jumps one year into the future. But first, they have to get through this week of drama, runaway brides and tragic accidents.

Eli (Lamon Archey) and Lani (Sal Stowers) were set to wed last week. However, Gabi (Camila Banus) threw a curveball into their plans by blackmailing Lani with Julie’s (Susan Seaforth Hayes) health. The week starts out with Lani’s decision to go along with Gabi’s demands or stand her ground.

Gabi blames Lani for her husband Stefan’s (Brandon Barash) death. She will do anything to get payback, including putting a remote-controlled pacemaker into Eli’s grandmother, Julie. When Gabi gives Lani a preview of what the device can do, Lani has to make a quick decision.

Will she wed the man of her dreams and cause Julie’s death? Or will she devastate her man and leave him at the altar? Spoilers say that Lani punches Gabi later in the week, so it seems Lani spares Julie’s life.

Ben (Robert Scott Wilson) has been suffering from nightmares over his past as a killer. He is desperate to protect Ciara (Victoria Konefal) from his evil sister, Jordan (Chrishell Hartley.)

However, before he can track down his sis, he stumbles upon a shocking discovery. A dead body. Is this another victim of his sister or an unrelated death? We’ll have to wait until the end of the week to find out who is dead.

Two Weddings on Days of Our Lives

Never let an abandoned wedding go to waste. Once Lani and Eli’s wedding is disrupted, two other couples take the opportunity to get hitched. Both Jack (Matthew Ashford) and Jennifer plus Justin (Wally Kurth) and Adrienne (Judi Evans) were engaged last week.

It seems as if the two couples take advantage of Eli’s misfortune and get married.  However, happy days are not in store for one of these two couples.

Jennifer has been pushing her luck with Dr. Rolf (William Utay) for weeks now. The mad scientist finally has enough and sends in his accomplice. A brainwashed Hope thinks she’s Princess Gina. Everyone else thinks it’s just Hope in a great Halloween costume.

Jennifer figures out that Princess Gina is back and what Dr. Rolf’s master plan is. Unfortunately, before she can tell anyone, Princess Gina pushes her off a balcony. Jennifer lands at Jack and JJ’s (Casey Moss) feet in the middle of the town square. Jack accidentally sets the time jump in motion when trying to save a comatose Jennifer.

Will Jennifer still be holding on one year in the future? What other surprises are in store for viewers?

Khloe Kardashian & Tristan Thompson Split: Are They Over For Good?
Could There Be A TLC Birth Special For Jessa Seewald’s Fourth Baby?
Jeff Kober Talks ‘General Hospital’ Exit: ‘Thank You For Hating Me’
WOAH! Savannah Chrisley’s Legs Are As Smooth As A Baby’s Bottom
Tori Roloff Says Matt Is Very Controlling – Here’s Why