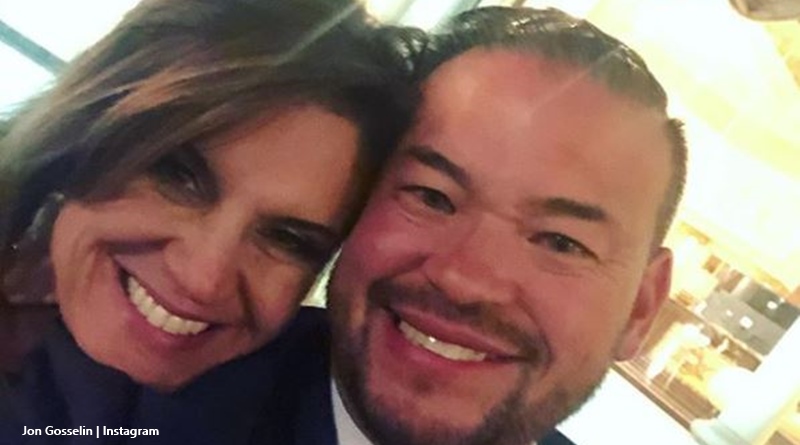 Jon Gosselin and Kate from the Jon and Kate Plus 8 TV series moved apart years ago. Since then, Kate returned to TLC with Kate Plus 8, and Jon moved on with Colleen Conrad in 2015. They seem very much in love and act like an old married couple, but they don’t plan to get married. At least, not any time soon.

For years after Jon left the TLC show and his wife Kate, he remained very quiet. He went about his life without fanfare. That’s because of a gag order. He complained he could not talk about anything, so he couldn’t defend himself. But lately, we hear a bit more about him. TV Shows Ace reported, “now that the gag order’s over, will he spill all about Kate? These days, he’s got two kids, Hannah and Collin, living with him. Plus, he’s in a good relationship and runs his DJ business. Would he really open that can of toxic worms again?”

Well, we don’t know about any sort of reality show coming along for Jon, but we do know that his son Collin and one daughter, Hannah live with him and Colleen Conrad. Collen’s also got kids,  Your Tango reminds us. They note that the teens, a boy and a girl, met Jon’s sextuplets and twins. And, they probably see quite a bit of Collin and Hannah. Jon Gosselin often shares photos of the two kids who live with him. Certainly, they look happy with their dad.

Colleen Conrad’s also divorced, so why get married when all is well?

Jon and Colleen enjoy their lives with the kids, and they both have jobs. As Your Tango noted, Jon’s successful at his DJ business, and Colleen’s a nurse.  They both suffered through divorces, and Jon, in particular, came through a very toxic one with Kate. So, that could be why Jon seems reluctant to actually get married again. InTouch Weekly revealed that a wedding’s not on the cards. The outlet noted that Jon said, “We just look at each other like ‘Eh.’” He noted that they were “both divorced.” Rather sensibly, he asks, “Is there a point?”

In the meantime, they live just a normal sort of life, that Jon Gosselin describes as “almost boring.” But after his toxic relationship with Kate, maybe normal and boring’s just what he needs. In fact, for Jon, his current existence reminds him of life before the reality TV show came into his life. Jon shared on his Instagram about 2019 recently. And, it looks like pretty much he’s in a happy place. He captioned that post with “Summer 2019 we had some great memories with family and friends, Love you all!!!!”

Summer 2019 we had some great memories with family and friends, Love you all!!!!

What do you think about Jon Gosselin and Colleen Conrad being very much in love but not planning to get married? Sound off your thoughts in the comments below.

Remember to check back with TV Shows Ace often for more news about Kate Plus 8 and Jon Gosselin.