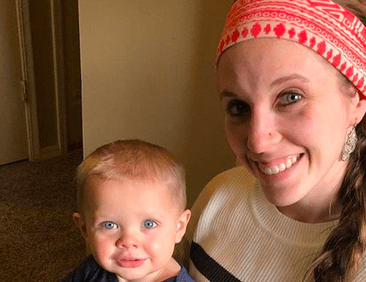 On Thursday, Jill Duggar Dillard shared that she and her family dressed up for Halloween. On her Instagram page, she posted a few pictures of herself, Derick, Israel, and Samuel in costumes. She also shared pictures of the free and discounted food they got because they dressed up.

👊🏼💥 We had a blast. We enjoyed dressing up this evening and going out for some family fall fun and Halloween freebies & deals! 👏🏼 • 1st stop was @sonicdrivein for some 50 cent corn dogs. • 2nd stop was to @chipotle for some $4 #booritos 🌯 (And no extra charge for the guac tonight!!👏🏼👏🏼 @daveramsey ) • 3rd stop was to @krispykreme for some free donuts 🍩 (+the hot light was on so they asked us if we wanted the free glazed ones in addition to the free donut of our choice!!) • #familyfun

Fans were quick to notice that Halloween does not align with the Duggar family’s conservative Christian values. In a blog post several years back, Michelle wrote, “While we do go to pumpkin patches and corn mazes, we don’t do the Halloween thing.”

It’s worth noting that Jill and Derick are out on their own and can raise their kids how they please. Most of the grown Duggar children have seemed to stick to at least some of their parents’ values even though they’ve moved out.

Christians are often torn about whether to let their children participate in Halloween. Some think it’s harmless for their kids to dress up as their favorite characters and collect candy. Others think it’s not a good choice due to some of the darker things associated with Halloween. Ultimately, it’s up to each family to decide. Jill and Derick might just use Halloween costumes as a way to get free treats.

It’s unclear whether Jill and Derick took their boys trick-or-treating or if the family just dressed up to take advantage of the Halloween specials. From her social media post, it looks like they only went to get the freebies. No matter what they ended up doing, it looks like they made out pretty well with treats from Chipotle, Sonic, and Krispy Kreme.

Duggar fans have a lot to say about these Halloween festivities

Because Duggar fans are aware of the family’s background, they had a lot of questions for Jill and Derick. In the comments section of Jill’s post, she is getting a lot of attention for partaking in these Halloween events. In particular, fans are talking about Jill’s religious beliefs and how those don’t align with Halloween.

One fan wrote, “How does celebrating Halloween align with your religious views? Not meaning such in a way to generate conflict… genuinely interested in hearing the rationales. P.s. Love a good corn dog,”

Another fan added, “Wait Jill u guys dressed up for Halloween? Why? I’m so confused. Could u comment a little on it maybe?” Someone else commented, “Christians don’t celebrate Halloween. Why give Satan the honor?”

One fan didn’t like that the boys couldn’t go trick-or-treating. The fan said, “Take the poor kids out trick or treating for some real fun, not just so you can get ‘freebies'”.

So far, Jill has yet to respond to these comments and share her thoughts. Sometimes, Jill and Derick will respond to commenters. In this case, they may be waiting, or they might be staying silent to prevent conflict.

What do you think of Jill’s Halloween deals? Do you agree with Duggar fans in the comments of her post? Leave a comment below.

Don’t miss the rest of the Duggar family on TLC’s Counting On on Tuesdays.

‘KUWTK’: Wait, Does Kanye West Have A Girlfriend?!
Can Romance Be Rekindled? Find Out In Lifetime’s Thriller ‘Lethal Love Letter’
What Exactly Does Jovi Dufren From ’90 Day Fiance’ Do For A Living?
‘Seeking Sister Wife’ Sidian Jones’s Ex-Wife Speaks Out!
POstables Finally Get Their Wish: New ‘Signed, Sealed, Delivered’ Movie Will Start Filming Soon At Hallmark