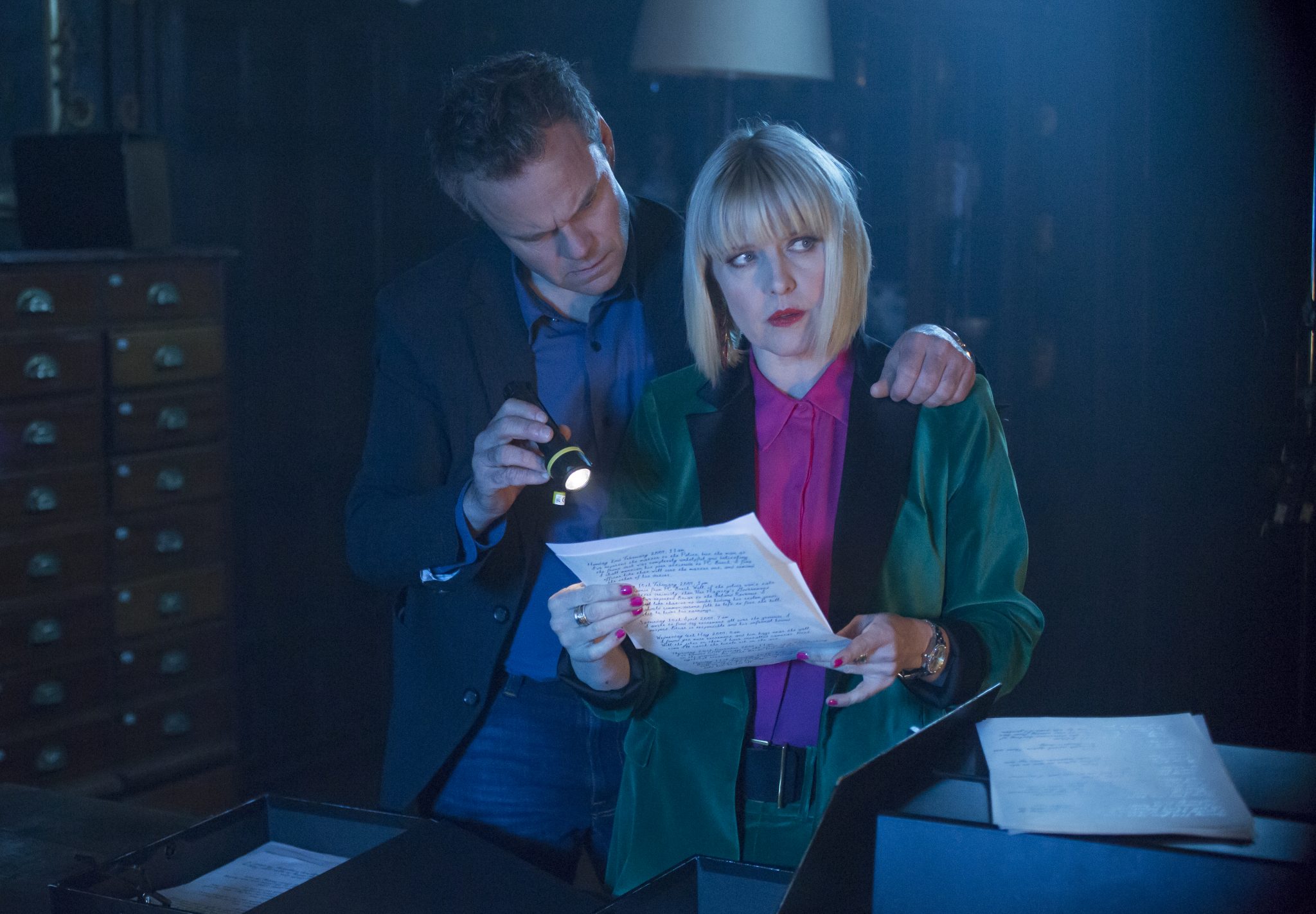 On Monday, Acorn TV dropped the Agatha Raisin & The Haunted House. TV Shows Ace reported that the first Season 3 mystery is a spooky one! Season 3 also brings in a new character. What is the latest news and when is Acorn TV dropping the remaining three Season 3 Agatha Raisin mysteries?

Gemma (Katy Wix) has found a new boyfriend and is no longer around. Instead, Toni Gilmour (Jodie Tyack) is Agatha’s new housekeeper. But, it appears she has some other talents that could help out Agatha’s new agency. All hands are on deck as Agatha investigates a haunted house. Soon, it is murder and Agatha has to sift through a lot of lies and suspects.

The first episode is filled with laughs, along with some spooky moments and an entertaining mystery. When will Acorn TV drop the remaining three Season 3 episodes?

Generally, Acorn TV will  drop one mystery a month. For Season 2, They started in late November 2018 and dropped one in December and the third in January 2019. Theoretically, this means that the streaming station could drop new mysteries in January, February and March 2020.

It seems a bit unusual that they dropped Agatha Raisin & the Haunted House in October, and then the remaining mysteries in early 2020. But, as this was a haunted house mystery, who could resist airing it around Halloween?

There could also be another reason. Acorn TV will be airing the highly anticipated Season 21 of Midsomer Murders on December 1. They will air a total of four episodes of that popular series. It will be interesting to see when they drop the remaining episodes of each series. Along with Midsomer, Agatha’s series, Doc Martin and other original programming, Acorn TV has become the top place for prestige television.

Will Aggie have a fourth season? That remains to be seen. It is likely that should there be another season, Acorn will make an announcement sometime in early spring 2020.

Agatha Raisin mystery fans, have you streamed the first Season 3 mystery? Are you ready for the remaining three? Be sure to check back with TV Shows Ace on the latest British mystery news.