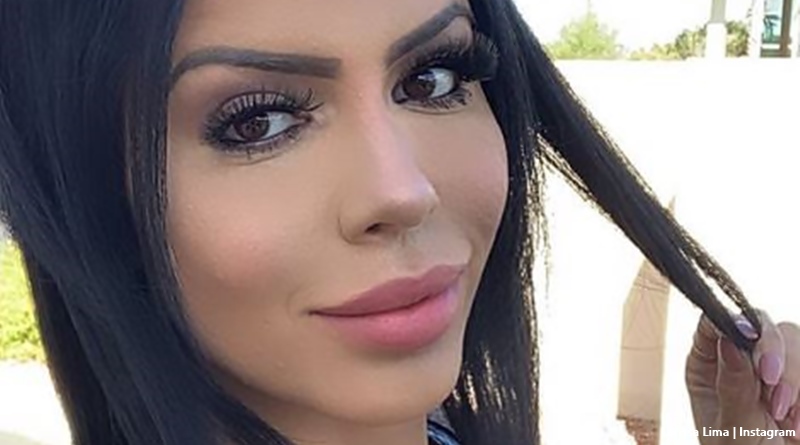 90 Day Fiance fans know that Larissa Lima has children. Larissa kept the kids pretty much under wraps, but she shared a photo of her daughter this week. A bit later, she ranted on her Instagram about fans who bash at her. But really, she should maybe not be surprised about the bashing. After all, TV Shows Ace reported in November last year that she “admitted she did the show for money.”

90 Day Fiance fans bash at Larissa Lima over her daughter

Larissa shared a long post about women who hate on social media. In that rant, she mentioned those people “blessed with kids and able to care for them.” In the past, she claimed an inability to raise them, for whatever reason. Before she split from Eric Nichols, she promised she’d reveal the kids in her own way and at her own time. Now, she shared a pic of her daughter and fans bash at her even more. The little girl’s named Luane and looks very pretty. Heavy.com reminds us we saw her reveal the kids to Colt’s mom, who cried.

The Instagram account @johnyates327tv, screenshot the picture and shared it on his page. There, many fans commented on the photo. One pointed out, “these are the years that shape childrens future issues. She needs to go home and be with her. There is absolutely no reason for her to be in the US. She can do her Instagram stuff from Brazil! She’s not doing anything else and not married anymore so no excuses are good enough to justify leaving that little sweet girl.” Fans really can’t get their head around the 90 Day Fiance star just walking away from such a lovely daughter.

Larissa seems more interested in looks and men than kids

On her main Instagram page, Larissa vented her anger at people who bash her. It clearly comes across that she seems more interested in men and her looks than the kids. Her long rant said in part, “Seriously, social media is great for so many reasons, but it is also one of the most toxic things today. Women have pitted themselves against each other since the beginning of time, but now all they need is a phone to bully a person anonymously.”

She encouraged people to go ahead and just be themselves whether other people “like it or not.”  That extended to makeup they use as well. The 90 Day Fiance alum added, ” Stop bashing me for how I present myself. Over and over I get comments that men don’t like how I look. Guess what?? I’ve already found thousands of men that love my look. I’ll take their word over yours.”

Larissa hates that fans bash her. But, the 90 Day Fiance star opts to live her life publicly. It seems she wants privacy but also deliberately flaunts herself on social media. So, it’s a bit odd that she says, “If you have kids and are blessed to be able to care for them, that is beautiful. Please do not bring parts of my private life that you know nothing about as an excuse to bash me…I’m not going to please everyone, and I’m not even going to try.”

Larissa ended her rant with, “The negative people, my haters, are not going to prevent me from living an amazing and beautiful life.
I will share my life soon, either here or on YouTube, but for now, I prefer to stay away from the negativity.” Anyway, it’s Halloween and she’s all about celebrating that “traditional,” as we know from the TLC show. Some fan think it’s a great pity that her daughter Luane won’t go trick or treating with her mom.

What do you think about Larissa Lima releasing a photo of her child and then ranting about wanting privacy? Do you think she tries too hard for privacy when she actually puts it all out there on social media? Sound off your thought in the comments below.