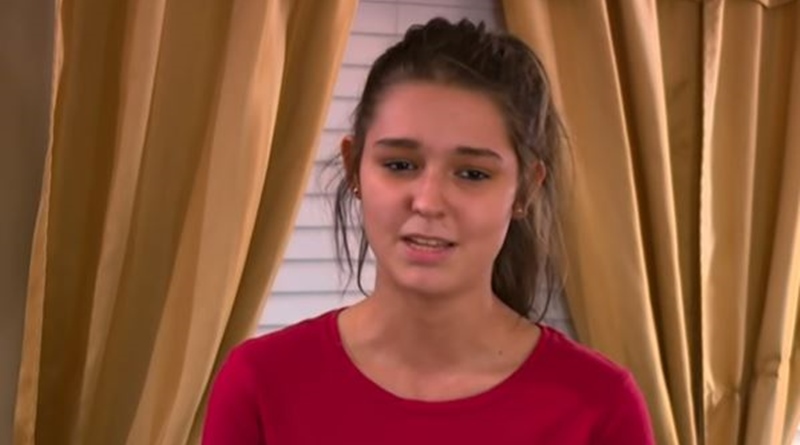 Unexpected fans have speculated for a while that Matthew and Hailey 2 might expect a baby soon. Interest grew even higher when screenshots of a Target baby registry started making the rounds on social media. But, it’s also clear that anyone could post the registration. So, some fans think it might be fake. But other signs indicate she could still be pregnant.

Unexpected star Matthew already has a daughter with Hailey 1

TV Shows Ace reported back in early September, that rumors arose that Hailey 2’s expecting a baby. For fans who don’t know the story, Hailey 1 and Matthew were an item and Hailey 1 birthed their daughter Kinsley. But, a complication arose as Hailey 2 (Hailey 1’s best friend) made off with Matthew. They don’t keep their relationship private at all on Instagram. So, it seems neither of them feels any shame about it.

We noted, “On social media, Hailey 2 and Matthew share a lot of PDA. They each have their own account and they also share an account. In a recent picture on Matthew’s Instagram story, both of them are showing off their stomachs. Though Hailey 2 doesn’t have an obvious baby bump, fans are starting to wonder why else they would be showing their stomachs.”

On Facebook and Reddit, some fans thought the Target baby registry notice could actually be fake. So, there’s no way we’re able to confirm if she expects a baby or not. Neither Matthew or Hailey 2 made any official announcement. But, Starcasm‘s Asa Hawks did some sleuthing, and they suggest possibly a baby’s on the way. But, she noted, “The registry indicates that Hailey’s due date is April 15, 2020. However, there’s no evidence of the registry actually existing — even in Google cache. Scanning the bar code with the Target app generates a ‘No active events’ message.”

But, that does not mean the Unexpected girl’s not expecting. Asa Hawks notes that recent photos of Hailey 2 on social media don’t show her lower abdomen. Maybe she’s concealing something? But, something we can’t see anymore includes pictures of Hailey 2 from Pinterest. Apparently, she made them private, but Starcasm noted they could plan a baby gender reveal soon. By using Google Cache, the outlet managed to ascertain a “gender reveal” board got created in late September.  Plus, they noted that some “Halloween-themed” things were on there. So, if she’s expecting a baby, Unexpected fans might hear something official very soon.

What do you think about pregnancy rumors running wild across social media about Matthew and Hailey 2? Do you think we’ll hear a baby announcement soon? Or, do you think it’s just fake news? Sound off your thoughts in the comments below.

Adam Busby Is Partying It Up In Cancun
Kelly Clarkson Is The ‘Frontrunner’ To Replace Ellen DeGeneres
Geoffrey Paschel Makes The Big Time – Recent Case On Court TV?
The Young and the Restless Spoilers, May 17-21: Moments of Truth For Chloe And Kyle
‘Little People, Big World’ Season 22 Premiere: How To Watch Early