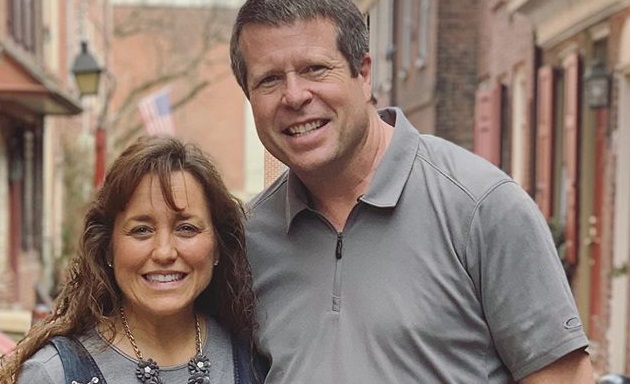 Politics isn’t a typical topic of conversation among the Duggars. But, that doesn’t mean the reality TV family doesn’t have political views.

While the Duggar family remains silent about politics while filming, they often take to social media to open up about their views.

As CheatSheet reports, it is important to note that the Duggars are involved in politics. They have political beliefs. They just do not discuss it much on TLC.

“Family patriarch Jim-Bob Duggar even served in the Arkansas House of Representatives as a Republican for several years,” the outlet goes on to reveal.

Both Jim Bob and his wife Michelle also endorsed the presidential campaign of Governor Mike Huckabee. Mama and papa Duggar noted that they approved of his “Christian faith and pro-life views.”

Anna, Josh Duggar’s wife, also makes a habit of promoting her pro-life political views on social media. She, however, is far from the only member of the Duggar family that expresses their pro-life beliefs. According to CheatSheet, it is common for members of the Duggar family to attend screens of films about anti-abortion and attend pro-life functions.

As Tv Shows Ace recently reported, Jedidiah Duggar only recently became a member of the Instagram community. His social media activity already allows Counting On fans to get a glimpse of his political beliefs based on the accounts he follows which includes Governor Mike Huckabee, President Trump, Fox News, and several other officials of similar views.

While Ben Seewald does have some similar beliefs to the Duggar family, he also has a few differences of opinions.

For example, President Donald Trump is supported by the majority of the Duggar family. Ben Seewald, however, does not support him. According to CheatSheet he “condemned some of Trump’s comments about women in the past.” Seewald confirmed that neither Trump nor Clinton won his vote during the election.

Ben, in contrast to many other members of the Duggar family, is also known to have been outspoken about racism. He openly supported Colin Kaepernick’s #TakeaKnee movement as well as the Black Lives Matter movement.

Jinger Vuolo is also believed to have strayed from the family in regards to her support of the trans community.
While there is no denying that Jinger and her husband Jeremy Vuolo are Christians just like the rest of the Duggar family, they have no issues with straying from family beliefs. The duo moved away from the family to live in Los Angeles. And, Jinger regularly breaks away from the dress code she grew up with.

Rumors swirled that Jinger showered her husband’s brother Charles with support. Charles is a film director that had recently co-directed a film called Lupe. The film was certainly something that would not have been approved by the Duggar family. This is because it explores trans identity and working in the adult industry. It, however, goes without saying that Jinger’s support of the brother was a rumor that may or may not have been true.

Because Jinger was the first to stray away from the family dress code, it became easier for Counting On fans to see some truth in the rumor regardless of if it was or wasn’t true.

Do you think there is reasoning behind why the Duggar family does not discuss politics on the TLC network? Sound off in the comments down below.