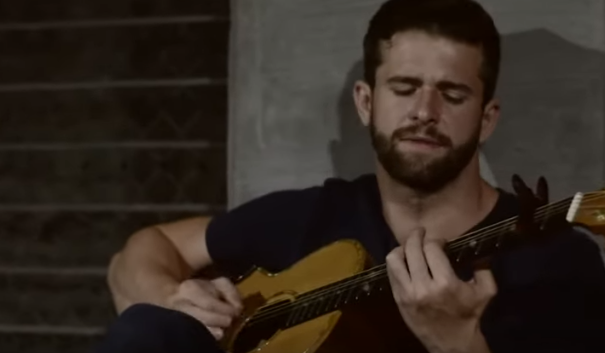 Jed Wyatt won Bachelorette but recently split from Hannah Brown, traveled to Miami and spent some time with a woman named Ellen Decker.

Decker’s first appearance happened on Wyatt’s Instagram stories. He shared a video of their lunch date in Miami, at a restaurant called Big Pink.

“Going large, Ellen, going large,” he said in a clip. He was showing off his “fattest burrito ever” before putting Decker on camera.

Decker also posted the date on her Instagram. She wrote that Wyatt is “a man who can eat.” She also posted a picture of the two in matching beanies, captioned “Hot & sweaty in these but so happy.”

A few hours after that, Wyatt posted another video of the two watching the sunset. In the clip, he says, “Took the beanie off. Sweating still everywhere. Ellen is not sweating.”

Decker’s profile says she is a personal trainer based in Miami, and she is also a model and teacher. She has more than 35,000 followers.

According to UsWeekly, when Jed Wyatt was on season 15 of The Bachelorette, he was a bit of a controversial figure. Especially after the shocking news broke that he had a girlfriend back home when the season began. In the season finale, he popped the question to Brown and she accepted. She later split from him when she learned about his preexisting relationship.

The country music singer said the televised drama has hindered his ability to get back into work.

“With how crazy everything was, it was honestly kind of hard for me,” he said. “My head was just so out of everything. The only thing that I really felt like doing was like being alone or journaling or going fishing… for some reason, I couldn’t get the pen to paper to write or be creative like that. It was just such a low spot. I’d sit down and try to write, try to play and my head wasn’t in it.”

Last month he said he wasn’t “necessarily looking” for dates. “I’m just praying that things fall into place as they should,” he said. “I’m just trying to focus on myself. I’ve been really working hard with one of my friends. I haven’t said much about it, but we’re working on a nonprofit charity. That’s been, honestly, more than music lately. We’ve been trying to get the pieces together for that and get it going. I can’t really think about a relationship right now.”