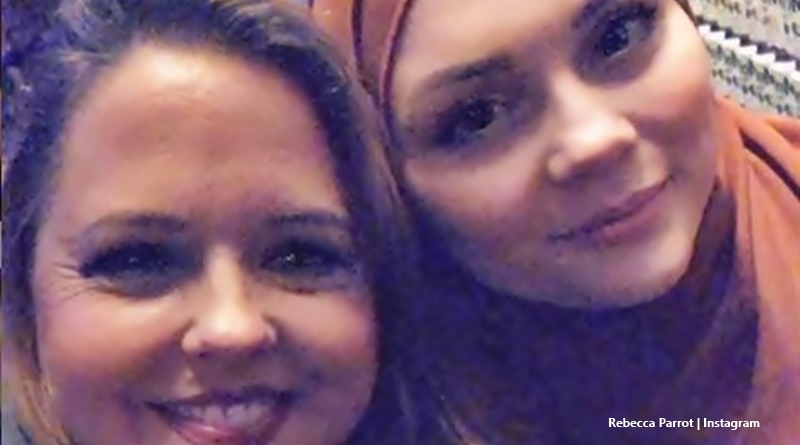 90 Day Fiance: Before The 90 Days aired the Tell All earlier this week and social media followers still discuss it. The crazy scene allegedly got some parts cut out. TV Shows Ace reported that Avery said Angela Deem hit her mom. Now, Rebecca Parrot told all that she knows about the Tell All. It looks like some of the drama got manufactured by the producers.

90 Day Fiance Rebecca Avery speaks about the Tell All

Avery took to her Instagram to share what Rebecca said about the Tell All fiasco. Avery captioned it with “You guys wanted the 100% truth here it is. @tlc_90day_rebecca thank you so much for everything may Allah bless you and Zied.” Rebecca started off by addressing Tim and Avery questioning Jesse Meester’s motivations. According to Rebecca, Tim and Avery received instructions to question him from the producers. So, it looks like some manipulation and manufactured drama by TLC.

Rebecca said, “We were literally TOLD to speak up to each other.” She added that “Tim and Avery” merely complied with orders. The message continued on talked about the 90 Day Fiance bust-up with Angela Deem. Rebecca said, “Angela went crazy. She physically attacked me by chest bumping me several times.” Plus, Angela “hit Avery’s mom and flipped the table out of the way in the process .” Apparently, the table hit Avery’s foot.

Who took Angela out of the crazy Tell-All fray?

According to Rebecca, the “security…made her leave.” Unsurprisingly, after that, the rest of the cast stopped filming with her anymore. Rebecca said, “They filmed her segment separately, and possibly on another day.” Mind you, the 90 Day Fiance star admitted she’s not completely sure of that.

Rebecca explains that “Angela went from 0 to 160 immediately.” Terming it uncalled for, Rebecca ended her explanation. Zied’s woman then ended by letting everyone know she hates people “glorifying” this behavior. Of course, the obvious conclusion by fans: Perhaps Angela also played a role? After all, if the producers manipulated Tim and Avery into questioning 90 Day Fiance alum Jesse Meester, then why not manipulate Angela?

You guys wanted the 100% truth here it is. @tlc_90day_rebecca thank you so much for everything may Allah bless you and Zied

One fan noted that Angela probably also suffered some persuasion to act out a role as well. Maybe acting, rather than real aggression came from Angela; just like many fans suspect Ceaser acted his way through the season. E!News reported right to the end something seemed odd there. Even Avery thought it was possible. She replied, “maybe, let’s be honest filming…a super long day she probably just wanted to go home and [knew] that would get her kicked out lol.” What do you think of that possibility? Do you believe Rebecca Parrot’s version of the crazy Tell-All? Sound off your thoughts in the comments below.

Remember to check back with TV shows Ace often for more news about 90 Day Fiance.