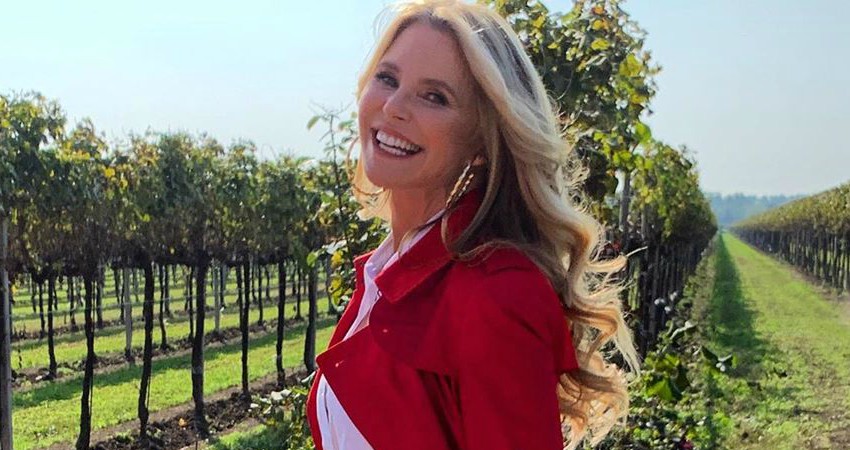 Dancing With The Stars is dangerous business. Throughout the show’s 28 seasons, contestants and pro dancers alike have fallen prey to injuries. Sometimes, the injury is so severe, the star has to leave the show for good or have surgery.

Here are eight contestants who have suffered painful injuries during their time on the show.

Lauren is a contestant on the current season of Dancing With The Stars. The country singer revealed that she hurt her ribs during the show’s Halloween episode. Speaking to host Erin Andrews after her dance, the star copped to fracturing a rib in the first week of the show.

“When she said my core looked strong I looked straight at Gleb because all I have been trying to do is pretend my ribs aren’t broken this whole competition. I fractured the one on the left the first week of the show and I haven’t had these X-rayed, but they don’t feel great.”

Despite her hurt ribs, Lauren is still going strong in the competition.

Unfortunately, Christie Brinkley wasn’t so lucky. The famous supermodel was one of the celebrities announced for DWTS Season 28. During rehearsals the week before the live show premiere, she fell and broke her arm.

However, her lookalike daughter, Sailor Brinkley-Cook, stepped in to replace her mom. Sailor blew the judges away by learning the choreography in mere days before the first live show of the season.

Christie recently weighed in on Sailor’s early exit from the show. Initially saying her thoughts were better left unsaid, the model expressed immense pride for her daughter.

“It was very unfair. Sailor impressed me with her ability to rise above everything that went down that evening. I didn’t need to say a word. She just… I think from the way she was raised, she knew what to do. I was just so proud of her.”

🎼Dear Sailor and Val, Thank you for your work that brought us beauty and joy! May you both always have a song in your heart that keeps you dancing with wild abandon thru a grateful life of exhilarating joy! You don’t need to be on a tv show to keep smiling and dancing… and that’s the ultimate prize! Here are a few random happy snippets of videos I shot from your rehearsals guaranteed to put a smile on everyone’s face! 🎶🎵 #dance #dancewithme #dancers #dancersofinstagram #dancehall #dancelife #danceteam #dancevideo

Kim Zolciak-Biermann is no stranger to reality TV. She starred on The Real Housewives of Atlanta for five seasons. Kim went on to star in her own spin-off, Don’t Be Tardy.

The reality show veteran’s time on Dancing With The Stars was cut short by a severe medical condition. Three weeks into the season, Kim suffered a mini-stroke that left her unable to travel to L.A. for the live competition.

Marie Osmond has always been a character. Still, the judges and host Tom Bergeron were shocked when Marie fainted during Season 5 of DWTS. The Vegas performer hit the dance floor like a sack of potatoes waiting for the judges to give her scores.

However, Marie recovered and continued the competition. She blamed the poor air quality due to the wildfires raging California for her collapse.

Terra Jole Dancing With The Stars

Technically, the injury to Terra Jole existed before her appearance on DWTS. The Little Women: LA star suffers from hernias due to her dwarfism. She wore back braces during her time on the dance competition to keep the hernia from getting worse.

The Braxton Family Values star competed on the same season as Kim Zolciak-Biermann. During Dancing With The Stars rehearsal, the singer was rushed to the hospital. Tests revealed blood clots in her lungs. She was the second contestant to withdraw from Season 21.

Melissa Rycroft appeared twice on Dancing With The Stars. She took third place in the show’s eighth season. When the show did an All-Star season, Melissa was given a second shot at the MirrorBall trophy.

She did end up winning Season 15. However, early in the season, she was sent to the hospital after injuring herself during group dance rehearsals. The diagnosis? A herniated disc. She went on to guest-host the show several times over the years since her winning season.

Misty May-Treanor is a gold medal Olympian athlete. During a DWTS rehearsal, she tore her Achilles tendon. The injury was so severe, she needed surgery. Misty had to bow out of the remainder of the season.

People magazine compiled a list of 22 more celebrities and their pro partners who have suffered injuries. Most of the injuries are minor in comparison to the stars who were forced to leave the show due to injury.

Season 28 of Dancing With The Stars airs Monday on ABC.