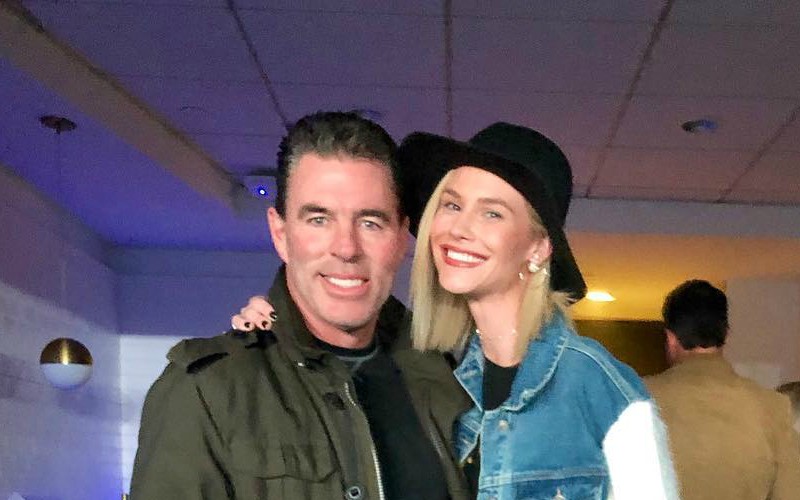 The strained marriage of The Real Housewives of Orange County alum Jim and Meghan King Edmonds is coming to an end. News broke over the weekend that the former baseball player filed for divorce after five years of marriage.

Since then, it’s been a whirlwind of innuendo and leaked rumors. Meghan shared a selfie hours after the news broke with the caption, “So raw.”

Soon after, reports surfaced that Jim was involved with one of the four nannies that help with RHOC couple’s three children.

Meghan egged the rumors on my posting a thumbs-up emoji in response to a fan’s theory that the alleged mistress was Carly Wilson. Both Jim and Carly immediately denied the allegations and continue to deny any involvement.

In his first denial statement given to Us Weekly, Jim said Meghan was a “narcissist” whose “insecurity” was behind the new cheating allegations. As fans know, Jim was caught sending dirty texts and videos to another woman four months ago.

The couple attempted to repair their marriage with counseling. However, sources say an argument about who Jim attended a hockey game with was the last straw for Jim.

“The latest fight began when he went to a recent hockey game and she began interrogating him about who he went with.”

The retired MLB player also posted a longer denial on his Instagram account before setting it to private hours later. The second denial said the rumors were “dangerous” to his family and completely false.

But then an Instagram user posted photos of the nanny and Jim at a hockey game last week. The same hockey game that caused the fight between Jim and RHOC star Meghan. Jim’s next statement was clarifying that he took the Carly to the game to cheer her up after her boyfriend dumped her.

Carly chose the same day to go public on her Instagram with another denial. Alongside a photo of the words, “Be Kind,” she said she would never be involved in infidelity. Furthermore, Carly wrote that the issue is a family matter [between Jim and Meghan] and she planned to stay out of it. Some outlets took her “Be Kind” hashtag to be aimed at Meghan.

In the past week, allegations have been made about me which are not based in fact. I have not and never would participate in any action involving infidelity. I consider this a private matter in someone else’s marriage and will not comment on it further. I wish the entire family well.💛💛💛 #BeKind

The Real Housewives of Orange County star published a blog post titled “Broken” that sheds some light on the allegations. At one point, she writes that she doesn’t think Jim slept with the nanny. However, she does say his partying with the babysitters was “inappropriate.”

“Out of respect for my children and my family, I find it unnecessary to go into all the gritty details. What I will say is that, in the wake of the sexting situation, my husband was drinking and partying with much younger women, including several of our babysitters, and I found this gallivanting inappropriate, immature, and downright odd.”

The rest of her lengthy statement is on her blog. Meghan also posted a photo of a meme about blooming. In the comments, she wrote, “I’m speaking out.”

As fans know, Meghan left The Real Housewives of Orange County after Season 12. However, she recently made a guest appearance on the show’s current Season 14. The rest of the season airs Tuesdays on Bravo.