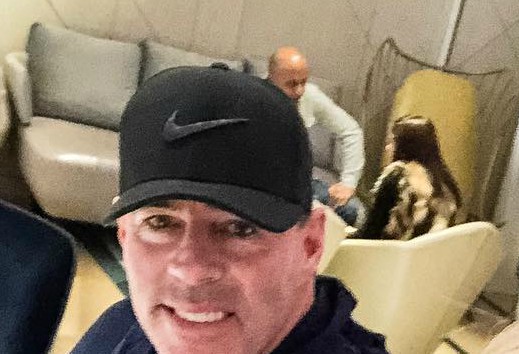 The drama around The Real Housewives of Orange County’s latest divorce will not stop. Reports leaked out last weekend that Jim Edmonds filed for divorce from Meghan King Edmonds after five years of marriage. A few days later, the former RHOC star posted a selfie on her Instagram with the caption, “So raw.”

While Meghan didn’t address the reason for the split, her RHOC fans began spreading a rumor that Jim had cheated with one of the nannies. The estranged couple have four nannies and a live in au pair to help them with their three children.

As fans spread the rumor, Meghan replied to one fan who named the nanny as Carly Wilson with a thumbs-up emoji. That was all it took for the internet to believe that Meghan was confirming the fan’s theory.

Jim has spent the days since issuing denial after denial. Each one gets stronger and nastier toward his ex.

In his first statement to Us Weekly, Jim placed the blame squarely on the former The Real Housewives of Orange County star’s shoulders. He called her a “narcissist” who was spreading rumors about him.

“It’s dangerous, irresponsible and hurtful to all to allow a rumor to be spread to the world because of insecurities.”

When that denial didn’t sway the public, Jim tried again. He wrote a lengthy post on his Instagram for, presumably, the public to read. The former baseball player shared a photo of an old magazine cover from his sports heyday. He has since set his Instagram account back to private. In part, the post read,

“It’s one thing to be accused of something. It’s another thing to be so negligent and so careless, and ruin the lives of innocent young people.”

In another blow to his denial, savvy internet fans shared a photo of what looks to be Jim and Carly at a hockey game. The same hockey game that caused a huge fight between the RHOC stars. However, Jim has an explanation for that.

“I didn’t take her to an event by myself. Get your facts straight. I was with my best friend and his child. I was trying to do something nice for the girl who just had her boyfriend dumped [sic] her.”

For her part, Carly denied the allegations in the comment section of her Instagram the day the allegations came out. However, she added a post issuing a stronger denial attached to a photo of the words, “Be Kind.”

Some felt the message was directed at the RHOC star. Carly ended the post with yellow heart emojis and the hashtag BeKind.

“In the past week, allegations have been made about me which are not based in fact. I have not and never would participate in any action involving infidelity.”

In the past week, allegations have been made about me which are not based in fact. I have not and never would participate in any action involving infidelity. I consider this a private matter in someone else’s marriage and will not comment on it further. I wish the entire family well.💛💛💛 #BeKind