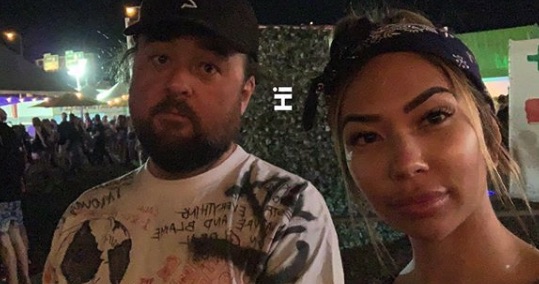 Recently, TV Shows Ace reported that Pawn Stars fan favorite Chumlee got into a battle with his boss, Rick Harrison. The two reality stars were sparring on whether or not Chum was fired from the History Channel show. Was Chumlee fired from the World Famous Gold and Silver Pawn Shop?

Now, the reality star shared a tender moment, discussing his new wife and some challenges he is currently facing. Chumlee’s life has really changed!

Harrison assured the slimmer and trimmer Chum that he was not fired from the History Channel show–although he admitted that he “sometimes” wishes that he would fire him.

Instead, the two have been traveling in Europe, filming for a new season of Pawn Stars. But, Chumlee has other things on his mind. He is thinking about his new bride Olivia Russell. Remember, Chum’s real name is Austin Lee Russell. Her former last name was Rademann. She has now taken his last name.

Just a few days ago, in the midst of determining whether or not he was fired from Pawn Stars, Chumlee posted a reflective Instagram photo. In this photo, we got more information on Chumlee’s current life than ever before.

Chumlee shared that the couple are living apart. This is because she is going to school at USCB. He is working in Vegas. He is a reality star and the World Famous Gold and Silver Pawn Shop is located in Sin City. So, this is a temporary sacrifice for their shared future. This means that they are not doing the same sort of fun things newlyweds do. They are not having dinner together or are even in the same home. Most of all, Chumlee misses Olivia.

“Missing my wife , it’s hard living apart, she is off preparing for our future going to school at USCB while I am in Las Vegas working and it’s the little things I miss like waking up next to her or have dinner together But knowing we get to spend the rest of our life’s together and have moments like this picture is enough to make me happy.”

The couple married in August, but hopefully, will be reunited again soon.

Pawn Stars fans, what do you think of Chumlee’s sentimental missive? Do you feel updated on his new life? Be sure to check back with the latest on Pawn Stars. They are currently filming Pawn Stars Season 17.