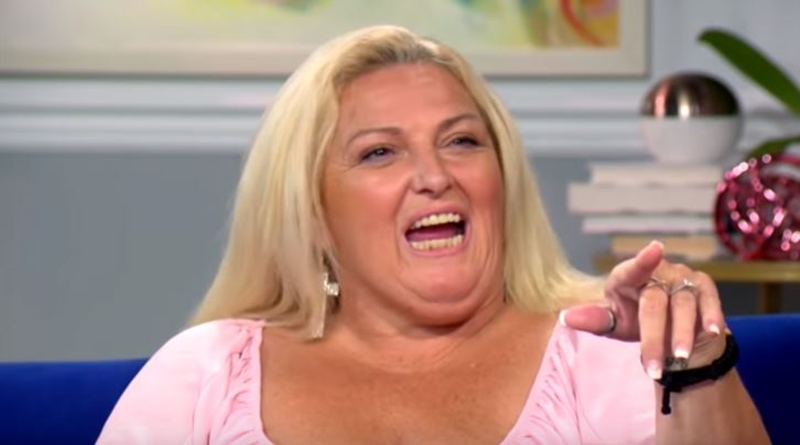 90 Day Fiance aired the final segment of the Before The 90 Days Tell-All on Monday night. Naturally, fans took to social media to discuss it afterward. Many of them hated on Angela after her abusive behavior on the show. We knew the Tell-All would become explosive as Tim Malcolm mentioned it.

TV Shows Ace reported he said, “It is unexpected. It is just going to blow your mind, and the people that are involved in what you’re gonna see are going to be the least likely suspects.”

Actually, Tim said that the people we wouldn’t expect were “the least likely suspects” to ET. And, who would have thought that Tim got involved? In fact, although Angela took off with bullying and yelling at Avery, Tim had plenty to say to Jesse Meester. Why on earth TLC brought him back, flummoxed everyone, including the cast.

Tim tackled him about his motivations. But, when it comes to pushing people around, Angela decided to target Avery. Mind you, Avery’s smaller and younger than Tim. But, it must be awful for everyone who actually went through the totally toxic experience of Angela in a rage.

Once the security took Angela out the back for a cigarette, and Shawn Robinson got rid of Tom and Darcey who she interviewed during the bust-up, the cast went in to speak to her. She opted for Benjamin to tell the story, and he came out totally against Angela who acted like a”wrecking ball.”

Tim mentioned he was not happy with 90 Day Fiance alum Jesse Meester there. And, it seems the only person who felt any kind of happiness to see him was Angela. But, whatever her justification for yelling “F-You” all around and getting right up Avery’s nose, fans won’t forgive her easily as they hate on her on social media now.

Angela gets the hate on social media

Almost every 90 Day Fiance fan page on social media fills up with criticism of both TLC and Angela Deem.  On Instagram, @90dayfiancecraycray shared a screenshot of Rebecca asking Angela, “Are you trashy like this for real?” Fans had their say over there. One said, “she is emotionally abusive, and tlc is condoning the behaviour by allowing her to be on tv.” Another noted, “I wanted to jump through my tv and shut her up. She is beyond rude.”

Meanwhile, another fan said, “She’s also physically abusive. If a man treated a woman like that I bet TLC wouldn’t allow. She has mentally and emotionally beat down Michael.”

Actually, quite a lot of people feel that TLC’s wrong for keeping her on the show. They note if a man did the same thing to a woman, they would toss them pretty quickly. But, other fans noted that Angela’s always been like that. They recall her from the Maury show, where she seemed quite abusive as well.

On Twitter, fans slam Angela for her abusive behavior

The Twitterati also climbed in against Angela. They disapproved of her behavior on the 90 Day Fiance Tell All as well.

One person noted, “Angela rolled up to the tell all with one shady egg and a loose bra full of groceries and has the audacity to try to read someone for filth. She needs to sit her b*tt down!”

Another one said, “Is @TLC  afraid of Angela? Why else would they continually allow her to abuse and terrorize everyone?? She is nothing but a loudmouthed piece of disgusting white trash!! SMH!!!”

Meanwhile, Avery went onto Twitter as well, to say that Angela actually physically attacked her mom. We never saw that, but on her Instagram, Rebecca said Avery’s telling the truth.

So they didn’t show the part where Angela physically attacked my mom????

What do you think about all the hate Angela gets across social media? Do you think TLC’s out of line keeping her on the show? Sound off your thoughts in the comments below.