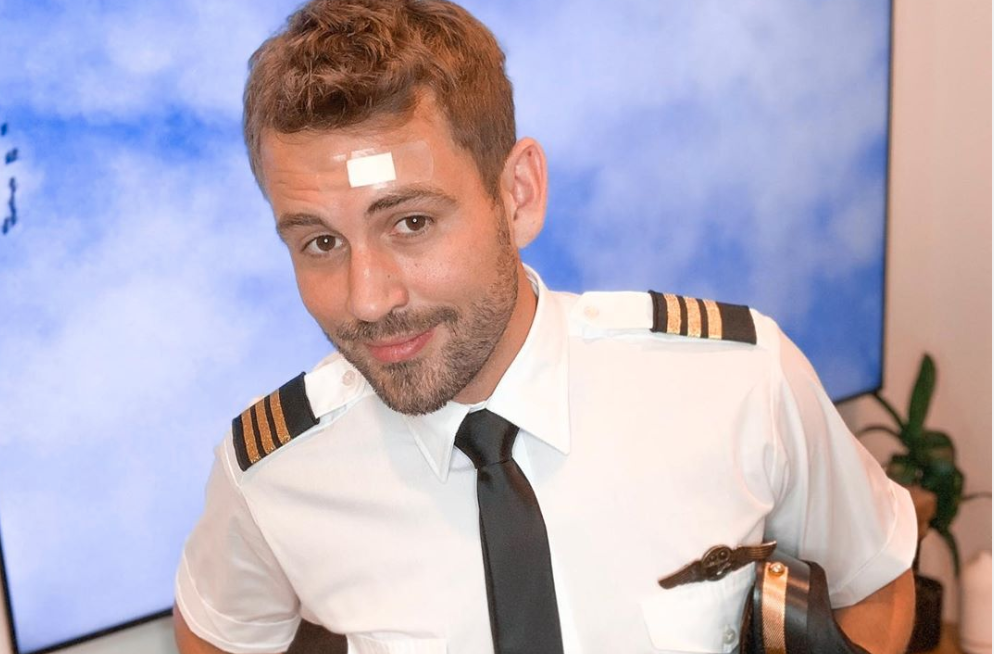 Nick Viall is slaying the Halloween game this year. From one Bachelor to the next, Nick went as Peter Weber this year for the spooky season.

Nick Viall goes as ‘The Bachelor’ for Halloween

Nick Viall was pretty funny this Halloween season. He decided to go as current Bachelor, Peter Weber, to celebrate. According to Us Weekly, Nick wore a pilot costume, carried a rose and put a bandaid on his forehead. Peter just recently split his face open during The Bachelor, so the bandaid was very appropriate for the costume.

In addition to the funny costume, Nick included a very funny caption along with the photograph. He wrote “Just a Pilot on a flight for love .. will probably crash into a windmill tonight.”

He actually does look a lot like Peter, so the costume is pretty impressive. The caption is great too. During The Bachelorette it was revealed that Hannah and Peter got very intimate during a time they spent in a windmill. It has been a running joke ever since so it makes sense that he would just have to include it in the Instagram post.

Just a Pilot on a flight for love .. will probably crash into a windmill tonight.

How are people reacting?

It looks like fans loved his Halloween costume idea as well. He received several comments on his post. Even Demi Lovato jumped in on the fun commenting: “HAHAHAHA Brilliant… see you soooooooon 💀”

Who knows what they will be doing soon, but it’s got our interest peaked.

Others commented as well saying just how creative and funny Nick is. He seems to have grown quite the fan base. Only a few people seemed really mad about the costume saying that this was rude and Peter really could’ve gotten hurt.

“That is not something to joke about and it was disrespectful on Nick’s part peter could of got seriously hurt thank God he didn’t and if I was peter and saw that post I would be t****d off but peter is a sweet guy so her will probably laugh about it but who knows he might be mad I know I would if it were me,” one person commented.

Did you like Nick’s Halloween costume this year or did you think it was too over-the-top? Let us know your thoughts in the comments.

Be sure to watch Peter Weber’s actual season of The Bachelor when it airs in January 2020. It sounds like its going to be a great season, you won’t want to miss it.

Todd Chrisley Is Proud Of His Baby Boy Grayson & Here’s Why
‘Wentworth’ Season 9 Netflix Release Date: What To Expect, When
Whitney Way Thore Weighs Her Options For Having A Baby
Rob Kardashian Files More Court Papers Against Blac Chyna
‘DWTS’ Fans Sour On Matt James — Is His Time Almost Up?