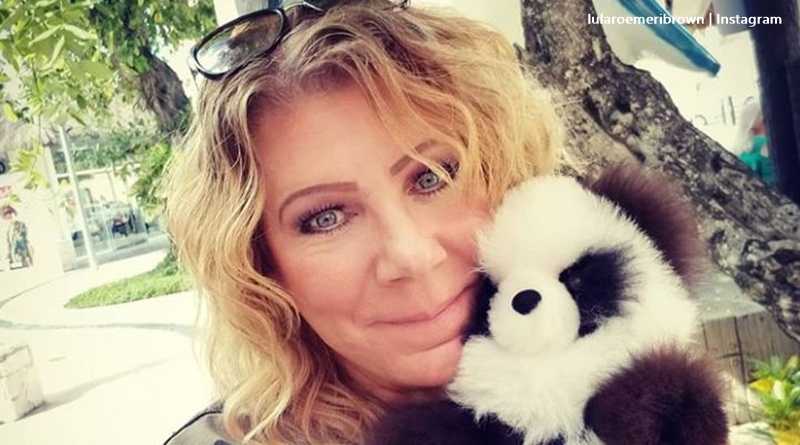 Sister Wives rumors about Meri Brown leaving the family often make the rounds. Sometimes, they come from the posts she shares on social media. And, often the media puts a spin on the posts that she’s left Flagstaff and has nothing to do with the family at all. But, conflicting messages come from Meri and the show. So, it’s no wonder some fans got confused when Meri shared a photo of Solomon on his eighth birthday. Solomon’s the son of Kody and Robyn Brown.

TV Shows Ace noted that Meri hates rumors that she split from the family in Flagstaff. But we also reported that sometimes she shares things on social media that feed speculation. In an article, it was wondered, “Is Meri playing and toying with her fans when she shares some stuff on IG?” That came after she shared stories of her singing karaoke and looking very cozy with another man on a cruise earlier this month.

Plus, the fact that she hardly ever shows any pictures of the other wives brings suspicion the Sister Wives star has moved on from them. Also, bear in mind that last season we saw Christine say she feels Meri “brings baggage.” And it is also known that Janelle Brown once said she wouldn’t like to sit and start a conversation in a car with Meri. All of these rumors get put out and so some fans believe she really has moved off on her own.

Meri shares Solomon Brown’s eight birthday, fans puzzled as to why she would

This weekend, Solomon, the son of Kody Brown and Robyn turned eight years old. In the past, Meri shared pics of him and said he’s one of her faves. In her birthday post, Meri wrote, “Happy 8th birthday to the favorite guy in my life! I love this kid like no other and am lucky to have him in my life!! 💙💙💙.” Naturally, given all the Sister Wives separation rumors, some fans expressed their confusion.

One follower said, “I thought you left the family?” Another chipped in with, ” I thought she was out doing her own thing and being this hard ass independent woman?!” Yet another fan noted. “I think she had “divorced” Kody and left.” One person, not sure at all, asked, “are they back together? Or does she just go back and visit? I was so proud of her. LOL.” Well, there’s always someone in the know. And the replies that were read seemed on the mark.

Happy 8th birthday to the favorite guy in my life! I love this kid like no other and am lucky to have him in my life!! 💙💙💙 #LivingMyWhy #BecauseICan #HappyBirthday #Solomon #BestKidEver

How it actually stands officially with the Brown family

Nobody really knows for sure what the situation is and it could be due to NDA’s with TLC. It’s all rumors and whispers on social media. But, what we do actually know was pointed out by one fan. They said, “Meri never left her family. She got legally divorced from Kody only so that Robyn could become his legal wife and her older three kids could be legally adopted. Meri doesn’t have young kids at home. She travels a lot for her lularoe business and her inn.” And she does seem quite independent these days, Cheatsheet noted.

But, that does not mean she left Flagstaff and the family forever. As far as we know, the fan’s version is about right – for now. What did you think about so many fans getting confused about Meri Brown’s eighth birthday post for Solomon? Do you think Kody and Meri separated forever? Sound off your thoughts in the comments below.