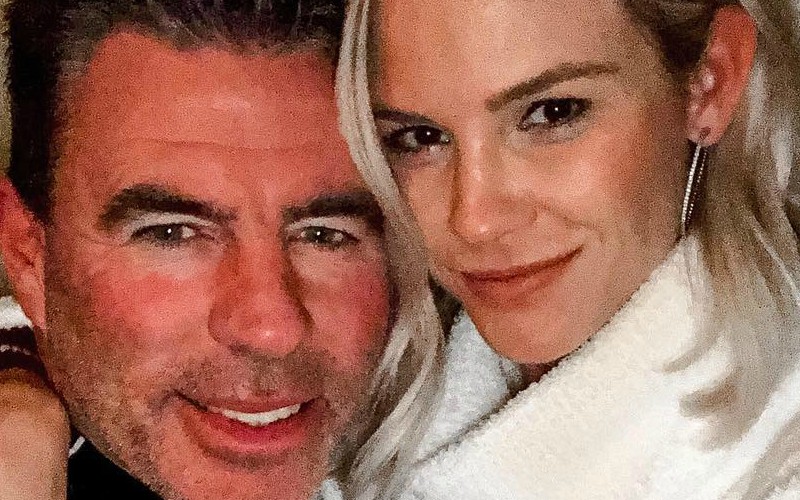 The Real Housewives of Orange County husband Jim Edmonds unexpectedly filed for divorce from Meghan King Edmonds earlier this week. The filing came one day after their fifth wedding anniversary. Ever since, it’s been a he-said-she-said storm of accusations and calls to the police.

Now Jim Edmonds is addressing the allegations about his affair with one of the family’s nannies directly.

As fans know, it’s been four months since the shocking news broke that RHOC hubby Jim exchanged explicit texts and videos with another woman. Jim denied the allegations at first, but eventually admitted it was true.

However, he claimed that the affair was never physical and Meghan chose to believe him. She remained in the marriage for their children. A few days after the affair came to light, she revealed that their son, Hart, suffers from irreversible brain damage.

Within hours of the split announcement, Us Weekly reported the rumors that Jim had cheated with one of the nannies. RHOC’s former Housewife seemingly confirmed this on her Instagram by posting a thumbs-up emoji in response to a fan who name-dropped one of the nannies, Carly Wilson.

The comments were on a selfie Meghan posted after attending a charity event in St. Louis the day the news broke. She captioned the vulnerable shot with, “So raw.”

In a statement provided to Us Weekly, RHOC’s Jim strongly denied the allegations. In a transparent attempt at damage control, the former MLB star blames his wife for the allegations.

“It’s dangerous, irresponsible and hurtful to all to allow a rumor to be spread to the world because of insecurities.”

While his Instagram is set to private now, the gossip site got a look at his Instagram stories before he locked it down. He posted a passive-aggressive writing on his account that seemed to double down on his “She’s crazy” approach of denying the rumors.

“No one can throw a bigger tantrum than a narcissist whose [sic] losing control of someone else’s mind.”

For her part, the nanny also denied the allegations in the comments of her Instagram.

Us Weekly also reported that the cops were called to Jim and Meghan’s home again on Saturday. They were also called the day before during a verbal argument between the estranged couple.

However, Meghan’s mother was the one who called the police on Saturday. Reportedly, Meghan wasn’t home at the time and Jim went into the home to retrieve some clothing. No reports were filed, though Meghan’s mom was asked to leave so Jim could get his belongings.

Sources say that the argument the day before was one of many arguments between Jim and Meghan lately.

“He went to a recent hockey game and she began interrogating him about who he went with.”

The Real Housewives of Orange County airs Tuesdays on Bravo. Perhaps Meghan will rejoin the show next season after her recent guest appearance.

Tell us in the comments if you’re Team Jim or Team Meghan. Do you believe Meghan’s accusations? Or do you think she’s just paranoid, as Jim claims?

‘Teen Mom 2’: Chelsea Houska Has A New Look And Fans Are Not Happy
‘Bering Sea Gold’ Exclusive Sees Kellys Versus McCullys in Cripple River Competition
Dr. Now Shares A Key Factor In Reversing Obesity: What Is It?
‘OutDaughtered’ Adam Busby Shares His Secret Ticket To The Gun Show
Joy-Anna Forsyth Under Fire For ‘Reckless’ Mistake [Video]