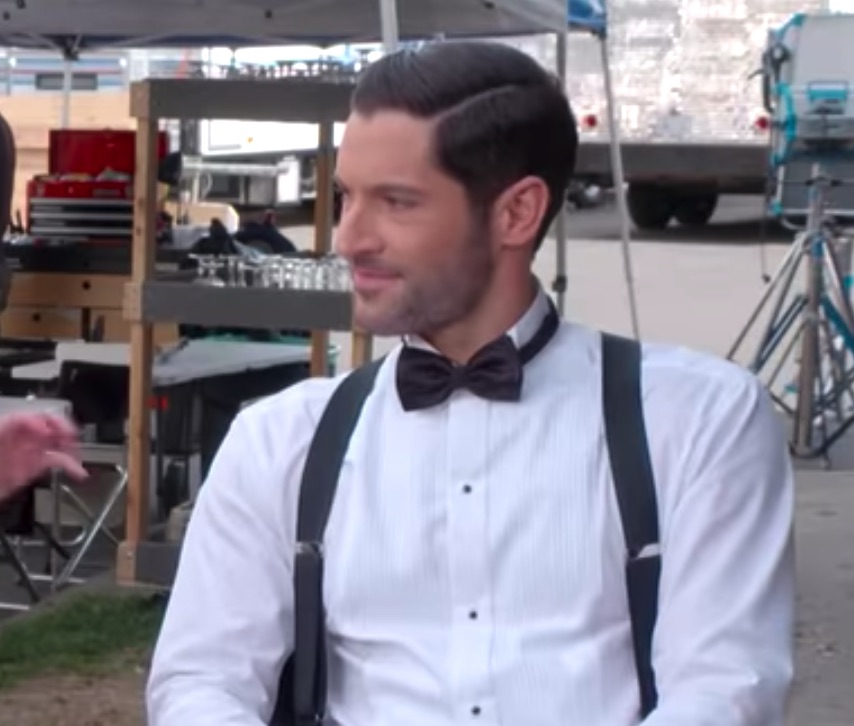 Musical fans rejoice, Lucifer Season 5 will include a musical episode.  In this special episode, they will be going back to the 1940s. To honor the era, the episode is actually being filmed in black and white. The cast especially seems really into this incredible episode, including the devil himself, Tom Ellis. He shared a little teaser for Lucifans.

Lucifer Goes Back To The 1940s

Lucifans will get to see an entirely new side to their beloved characters. Lucifer Season 5 is going to include a musical episode.  The episode, which is the fourth, will be filmed in black and white, like a real Hollywood movie from the 1940s. The episode entitled, “It Never Ends Well For The Chicken,” will answer a very big question. Could we find out where Lucifer Morningstar gets his money? Will we find out more about Lucifer’s past?

This is a bit of a time travel episode, although Lucifer himself is timeless, and the other characters are going to be dramatically different. Since this is a different era, people relate and talk to each other differently. While we will recognize the actors, their characters will relate to the devil differently. And in this episode, Chloe is actually non-existent.

Part of what is dramatically different about this episode though is that this will be a musical episode. Will there be all singing? Maybe not. It doesn’t sound like a rock opera, but more like an old fashioned musical where the characters break out into song and dance.

Lauren German says she will be playing someone with a bit of an East Coast accent. But, there will be some songs, and that includes a duet between Maze and Lucifer.  Lesley-Ann Brandt has revealed she also sings a solo song. Surely, Tom Ellis will be singing at least one song, but will there be multiple dance numbers? We will have to wait to find out.

We had so much fun shooting episode 4 of #Luciferseason5 In between takes I found an umbrella and made this video with the ever imaginative @joshstyle sometimes I love my job. Other times I can’t believe it’s a job. #lucky #lucifer ❤️😈

In the spirit of the 1940s musical episode, Tom Ellis shared an Instagram video of himself doing his best Gene Kelly impression. Between takes, the star donned a fedora and grabbed an umbrella and did some smooth dance moves to Singing In The Rain.  This teaser for the musical episode looks absolutely amazing.

“In between takes I found an umbrella and made this video with the ever imaginative @joshstyle sometimes I love my job. Other times I can’t believe it’s a job.“

While it has been incredibly heartbreaking for Lucifans that Season 5 is the final season, it has to be especially bittersweet for the stars. Tom Ellis has long said that this is his favorite role. The cast and crew are clearly savoring every moment. Lucifer Season 4 was awesome, but Season 5 will surely be epic.

Lucifans, are you getting excited about the Lucifer Season 5? Did Tom’s Singing In The Rain dance number make you looking forward to seeing this 1940s episode? Be sure to check back with TV Shows Ace for the latest with Lucifer. Netflix will drop Lucifer Season 5 sometime in 2020.