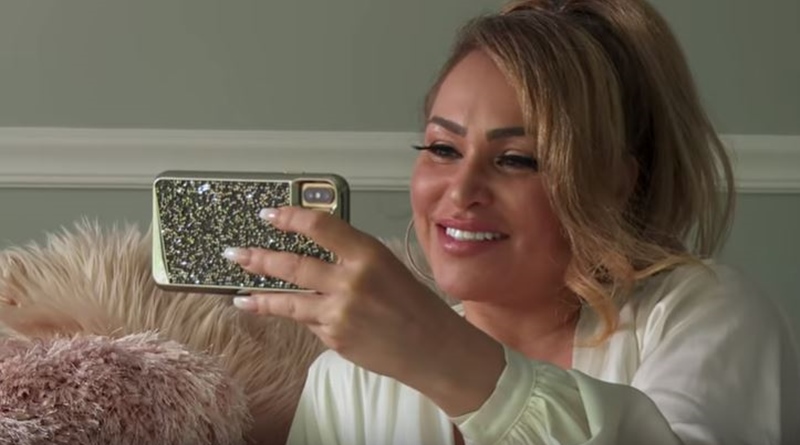 90 Day Fiance: Before The 90 Days brings the finale episode Sunday night, October 27. This gets followed by the first part of the reunion one hour later. Tom and Darcey do not look to be in a good place ahead of the final episode. But, no doubt fans will get the juicy details in the actual Tell-All. TV Shows Ace noted that it will be very interesting and Tim Malcolm said fans can expect some explosive stuff. In the meantime, let’s look at Tom and Darcey’s situation.

Tom and Darcey were featured in an exclusive preview that Entertainment Tonight shared. You can see the preview further down in this article. It shows them on a video call and Tom tells her he can’t give her what she wants. Ouch! The outlet wrote, “In the clip, Tom says he’s been busy and bluntly says that their long-distance relationship hasn’t been going well. Darcey then quickly calls him out. ‘Maybe I’m in a different mindset,” she says. “I mean, if you love somebody, you’ll do whatever it takes to be with that one person. I mean, I would like to have more time with you, more communication. I feel like you don’t.'”

Well, fans of 90 Day Fiance know that Darcey seems pretty desperate for a ring on her finger. Plus, we saw him present her with a key to a house, rather than a promise or engagement ring. Although she seems to take it rather well – for Darcey- it looks like Tom’s distancing himself again. But, probably with some good reason. It seems like he’s over her calling and messaging all the time to find out what he’s up to and where he’s been. He said, “You ring me at 4 o’clock in the morning then send me 50 messages saying, ‘What are you doing?’ Are you that girl? You can’t ring people at 5 a.m.”

Tom feels that his work’s very important. He doesn’t want to have to constantly stop and update Darcey. In fact, we already heard him tell Darcey when he gave her the key, that he’s unavailable for a bit as he deals with work demands. But, it seems Darcey just wants him fully dedicated to her, all the time. Tom told her that he’s unhappy with all her texts and messages after she said, “I missed your voice.” She added, “I haven’t really heard much from ya.” Obviously cross, Tom says straight out, “this long-distance thing just doesn’t fit somehow.”

But Darcey just feels that if he’s committed he needs to do whatever it takes. But, the 90 Day Fiance star over in Nottingham England, feels those early hour calls don’t “respect” him. Tom adds, “I feel I can’t give you this love and time you want.” From the look on Darcey’s face, she’s quite taken back at what he said. Maybe she’s about to burst into tears again. But, we’ll need to tune in for the last episode to see how it all turns out. For now, it’s not looking good for Darcey.

What do you think about Tom and Darcey not looking like they are in a good place? Do you think their relationship will survive? Sound off your thoughts in the comments below.