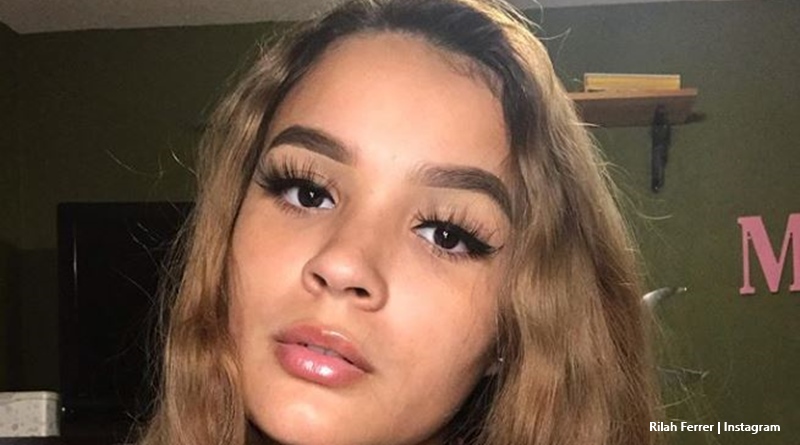 Unexpected star Rilah Ferrer put the word out that she split from Anthony as he allegedly physically abused her.

TV Shows Ace reported earlier this week, “Rilah showed a bruise that she says Anthony gave her with their daughter in the car. According to her post, Anthony even said negative things about her to their daughter.”

Although the couple broke up, we noted, “Right now, they seem to be over, but they do share a child. This means they will always be in each other’s lives. It doesn’t mean that they have to stay together, though.”

Well, they aren’t staying together. But, it seems Anthony might not be around for baby Malayah much. On her Twitter, Rilah told her followers how angry she is, as Anthony already took up with someone else. And, that someone’s far away.

In one tweet, the Unexpected star said, “someone put my baby daddy on 90 day fiancé his unemployed [a**] really thinks he’s moving to Cali with his new girl and forget his child lmfaoo. Tlc call me.”

Rilah explained a bit more, saying, “I talk sh*t because I’m ANGRY. This boy cheated on me and always accused me of cheating, assaulted me and spit on me in front of our daughter in the car and now he wants to walk out of her life for a b*tch he met online? Someone put yourself in my shoes please.”

But, one person noted he found the new one suspiciously quickly.

Fans of Rilah talk about Anthony and the date across state

Fans reacted to Rilah about Anthony and the new girl. One Unexpected follower, @OfficialWCPW noted, “That girlfriend…got behind your back. It didn’t take him a day to get her. He had her on hold. Young Lady, you both were too young when you two let this stuff happen…You may not realize it now but his leaving both of you is a blessing. Rejoice & reboot!”

But, Rilha remains sad and angry. So is her mom, according to Starcasm. They noted, “Rilah’s mother Rosa also lashed out at Anthony and posted a video of him yelling and giving the finger while being held back by police!”

While Rilah previously said she’d be fine, she also came back saying, “my daughter won’t have different women in and out of her life h*ll no lolll toxic.”

Plus, she noted, “Just imagine calling me a h** saying I’m on to the next when you got a new girl after a day lmaoo.” That certainly seems to back up the fact that he found this new person way too fast.

As we saw above, Unexpected‘s Rilah mentioned 90 Day Fiance and Anthony, But a few days ago, she also noted, “I wanna get into 90 Day fiancé. That show has me rolling.” Maybe that’s something she could look at, seeing Anthony’s waved goodbye. Or, maybe she just hit on a spin-off idea for TLC. Young mums pregnant by foreigners could be a winner. After all, knock a few years off Deavan Clegg and you can imagine the story line from there.

Are you shocked that Anthony took up with a new person across the state? Sound out your thoughts in the comments below.