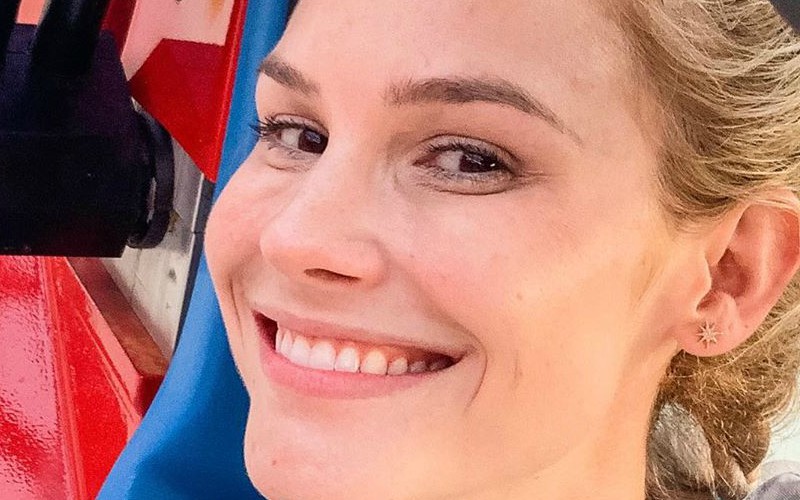 The Real Housewives of Orange County is missing out on some serious on-screen drama. Former star Meghan King Edmonds recently made a guest appearance on the show. However, not in time for the cameras to catch the fallout from her husband, Jim Edmonds, filing for divorce after five years of marriage.

They say timing is everything and Meghan’s husband has terrible timing. One day after their five-year wedding anniversary, Jim filed papers to get out of the marriage. A day after the filing, Meghan is coming out swinging with allegations that Jim cheated on her. Again.

Back in June, Meghan and Jim were caught up in a cheating scandal. Jim sent explicit texts and videos to another woman while Meghan was pregnant with their twins. Jim claims that the affair was never physical and Meghan chose to stay with him.

Part of the reason the former Housewife stayed in a troubled marriage was their infant son’s serious medical problems. Around the same time, Meghan revealed that her son, Hart, had irreversible brain damage.

She has kept her fans up-to-date on his progress. Hart spent three weeks in an intensive therapy program in Los Angeles. Jim and their other two children stayed behind in St. Louis.

US Weekly was the first to break the news that Jim was allegedly having an affair with one of the couple’s four nannies. (They also have a live-in au pair.) Sources allege that the affair was going on before he filed for divorce.

“The nanny is someone who has worked for them for years and is like family.”

The gossip magazine says that when Meghan confronted Jim and the nanny, the cops were called to settle the argument. It should be noted that no one was arrested, nor is there any rumors of domestic violence. It was simply an argument that escalated.

Days Before Divorce Filing, RHOC Star Said They Were “Working” On Relationship

Bad timing strikes again. Just two days before the divorce papers were filed, Meghan and Jim sat down with Bravo’s The Daily Dish. At the time, Meghan revealed they were “working” on their marriage every day.

“I think after such a breach of trust, it’s so hard to rebuild from there.”

Hours after the news about her impending divorce went public, Meghan took to Instagram. She shared a makeup-free selfie. Earlier that night, she had attended a charity event in St. Louis.

A heartbroken Meghan posted the caption, “so raw” with the selfie. Her friends and former RHOC cast members showered her with support.

The Real Housewives of Orange County Season 14 continues Tuesdays on Bravo. Meghan left the show after the show’s 12th season.