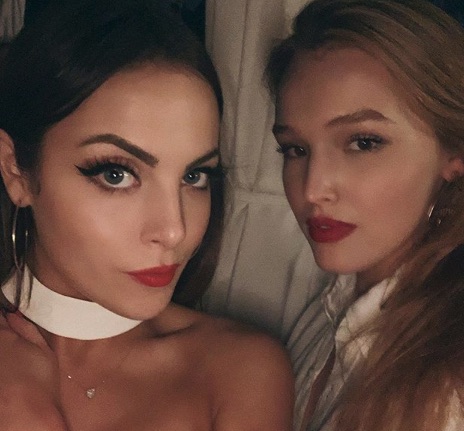 Recently, TV Shows Ace promised a Dynasty musical episode for Halloween. It appears that was an unintentional trick, as the episode entitled “Wild Ghost Chase” was indeed a bit of a Halloween-inspired episode, but it was definitely not the Kenny Leon-directed episode that was originally promised.

The very special Dynasty musical episode is the fourth one in Season 3, not the third episode. Directed by Kenny Leon, it is entitled “Something Desperate.” Kenny is no stranger to this cast. He has previously directed three other Dynasty episodes. This is a cast he knows and loves.

Kenny Leon is well respected both in Hollywood and in Broadway. He has won numerous awards for his work. Kenny also has extensive experience directing musicals. Anyone who saw Liz Gillies in the series, Sex, Drugs, Rock & Roll, know that she has a tremendous voice. So, it makes sense that the man who directed The Wiz Live! in 2015. and Hairspray Live!, the next year, should direct a special musical episode. Kenny Leon has worked with people like Harvey Fierstein, Kristin Chenoweth, Ariana Grande and Jennifer Hudson, Mary J. Blige, Shanice Williams, Common, and Queen Latifah.

No music in Dynasty promo

Although this episode, “Something Desperate,” promises Dynasty fans that they will “hear a very different side of the Carrington family,” the musical details are mute. Unfortunately, there is no music in the Spoiler TV Dynasty promo. In the preview, it looks like Prince Charming is climbing up the thorny bushes to get up to Rapunzel’s window. Instead, it is the determined Fallon Carrington. She is determined to help Liam (Adam Huber) remember her.

What else is going on? Blake (Grant Show) is back to himself and feeling back “on top of the world.” He and his new bride, Cristal (Daniella Alonso) decide to surprise Adam (Sam Underwood) with some news. Unfortunately, for Blake’s long-lost demonic son, their announcement is not terribly welcome. Adam’s diabolical mind is already planning on thwarting what dad and step-mom have planned for him. Maybe Adam should not have moved that winery meeting?

Jeff (Sam Adegoke) is back! Mommy dearest Dominique Devereaux (Michael Michele) tries to reconcile with him. Does he know about her deception? Maybe. Because, Jeff makes a “high stakes” demand of his mother. Is he testing her? Anders (Alan Dale) is getting yet another business opportunity. This time, Culhane (Robert Christopher Riley) wants to bring in his special talents.

Dynasty fans, are you ready for the musical episode to finally air? Be sure to check back with TV Shows Ace for the latest on Dynasty. Dynasty airs Friday nights on The CW, and is available on The CW app.

Kendra Caldwell’s Father Shuns Homosexuality As Fakery: ‘No Such Thing’
Dannielle’s Dad Threatens Garrick Merrifield In ‘SSW’ Season Finale
Now That ‘Younger’ Is Over, What Is Status Of Hilary Duff’s Spinoff?
‘My 600-Lb. Life’ Dr. Now Has A Surprise He’s Working On For Fans
Netflix‘s ‘Trippin’ With The Kandasamys’: Release Date, Trailer, & Cast