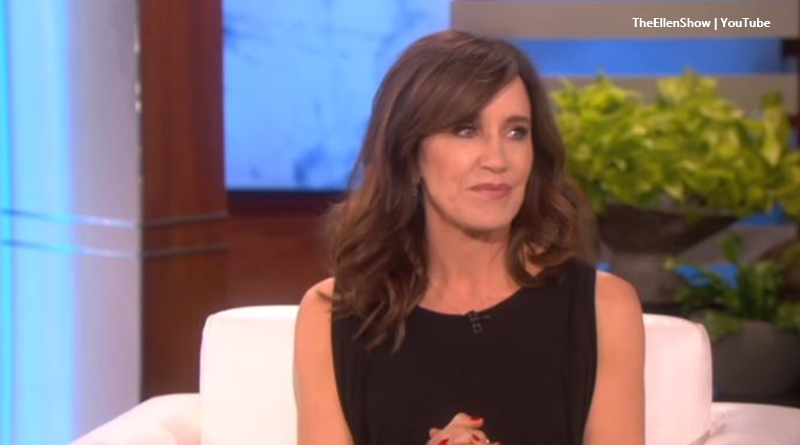 Felicity Huffman served her two weeks sentence after pleading guilty in the College Admissions Scandal. Actually, she got released a few days early. But, while there, it seemed she wasn’t above chatting to the other inmates in prison. She might be a wealthy celebrity in the real world, but behind bars, she’s another prisoner. Maybe she enjoyed playing a different role. Certainly, no experience ever goes wasted in life. But, maybe she felt just not too big for her boots to talk to other inmates

Felicity Huffman was just another inmate for a few days

Unlike Lori Loughlin who plead not guilty, Huffman got a light sentence. TV Shows Ace reported that Lori’s terrified of prison and she might face a longer prison term than Huffman. We noted that “Lori Loughlin and her husband are sticking with their story, Rick Singer scammed them. Singer is the alleged mastermind behind the scandal. They have always claimed that the money was for a charity through the school. Apparently they never felt they were breaking the law.” So, they face a trial, while Felicity’s already finished her time inside.

Time noted that she got “released Friday morning from a federal prison in California two days before the end of a two-week sentence.” Apparently, the reason for it relates to the weekend releases. All weekenders get out on Friday, according to the prison officials. The day before her release, some photos of her in the prison came to light. These photos showed her walking in the yard with another prisoner.

Actress captured on camera walking in the prison yard, talking to an inmate

The actress, well known for The Desperate Housewives show, was featured in an article by TMZ. They noted, she “was spotted Wednesday at FCI Dublin in Northern California, where’s she’s currently serving her nearly 2-week sentence, and it’s pretty interesting to see Felicity fraternizing with another convict.” Well, it’s probably a bit awkward not speaking to anyone at all, so maybe, like the rest of us, Huffman’s human.

Felicity looked just fine as the pair strolled along in the prison-issue clothing. Obviously, the other prisoner’s unknown, but maybe she even made a new friend while inside. It’s a low-security prison, after all. There’s more punishment for Felicity who admitted to conspiracy to commit mail fraud and honest services mail fraud earlier this year. She agreed she paid $15,000 for correct SAT answers. The jail sentence is over, but she remains under probation for a year. Plus, the actress paid a $30,000 fine. Now, she can look forward to 250 hours of community service.

What do you think about Felicity chatting to other prison inmates? Do you think she may feel she’s not too big to talk to them? Maybe a bit of humility came along as a side dish with her punishment. Sound off your thoughts in the comments below.

Remember to check back with TV Shows Ace often for more new about Felicity Huffman.

Courtney Waldrop Says She’s Not Sure What They Did To Deserve This
‘OutDaughtered’ Season 8 Finale Gets Fans Raving For More
‘My 600 Pound Life:’ Lacey Hodder Update On A Beautiful Life
Derick Dillard Hints That Other Members May Leave The Duggar Family
Josh Duggar Bond Hearing Concludes: Was Bail Granted?