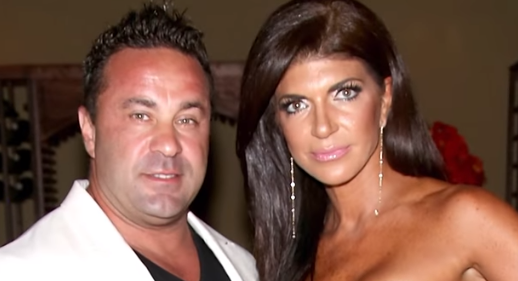 Teresa Giudice has recently shared the news that her husband, Joe Giudice is to be deported. Joe began his 41-month sentence for fraud charges in March 2016. After his release in March 2019, it was said that he would be deported to his native country, Italy.

Italy Is Not A Bad Option For The Giudice Family, Teresa Shared

During the RHONJ season 8 reunion, Teresa said if her husband was deported she “wouldn’t mind” moving to Italy. “Italy’s a beautiful place to live. Whatever God has planned for me, that’s what’s going to happen. I will embrace it the best I can.”

In October 2018, at a Real Housewives event in Connecticut, the reality star asked the crowd “to please pray for me and my family.” Stating that she couldn’t wait to see the light at the end of the tunnel.

She denied having plans to divorce Joe after his deportation. “No. We’re going to be a family,” she told Entertainment Tonight in October 2018. She went on to explain that they plan to fight the deportation and get through it. But, she was not ready to talk about it with him just yet. And what comes first in their family, is their daughters, Gia, Gabriella, Milania, and Audriana.

In her first TV interview about the news in November 2018, Teresa Giudice told Good Morning America how her daughters were handling the situation. “It’s hard for them,” she said. “Adults can handle anything. But it’s hard for children to go through this. So, they’re asking themselves, ‘Why is this happening to me?’ ‘I want my daddy to come home.’”

In that same interview, she expressed that they have been through a lot in their family. Teresa served 11 months in prison for similar fraud charges in 2015. She’s had her ups and downs, but she has to stay strong for her four daughters.

According to UsWeekly, the Christmas holidays weren’t the same without Joe and Teresa’s mother, who had passed away earlier in the year. So, the mother and her daughters went to visit Joe right before Christmas before they left for their vacation in Jamaica.

Long-Distance Is Not For Teresa

During the season 9 taping of Real Housewives of New Jersey in January 2019, Teresa revealed that she and Joe will go their separate ways if he is officially deported. She had been doing really well given what she had been handed and she was putting the interests of her daughters before her own. She admitted in part three of the season 9 reunion which aired in March 2019, she and Joe would not remain together if he was going back to Italy.

“I’m not doing a long-distance relationship. I’m not doing it,” she said. “I want somebody with me every day. I know exactly what happens. You know, I’m sure he’ll be with other women. It happens. We do the long-distance thing and it’s not going to work. I’d be like, ‘Bye, bye.’”

On April 18, 2019, Joe Giudice’s deportation appeal was denied, so Teresa made a post on Instagram. She shared of photo of Joe and three of their daughters, captioned “Days like this I love having photos.”

After Being Without Joe, Teresa Is Learning That Being A Single Mom Is Not An Easy Job

In October 2019, Teresa gave UsWeekly an update on the situation, Joe had been granted permission to travel to Italy that same month.

She expressed how hard it is to be a single mom. She feels she needs to be their mother and their father, all by herself. Her father lives with them as well. She takes care of the house and the kids, on top of being the breadwinner. Letting her daughters down would devastate her.

“I put them on this planet, I made them,” she said. “They look up to me, so that’s why I’m strong. I’m strong for them. I’m their role model. They look at me like, ‘You gotta tell me what to do,’ and that’s what I’m trying to do. … All four of them are very strong.”