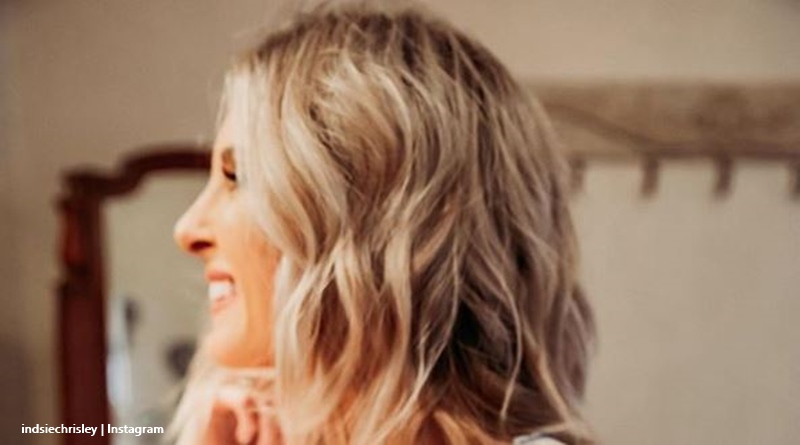 Lindsie Chrisley and her father Todd seem to finally be in the same place over their feud. On October 23, both of them let it out that they will not speak of it again. Both of them wished each other well. TV Shows Ace reported on what Todd said about it on the same day that Lindsie did.

TV Shows Ace reported that Todd and Julie Chrisley went to speak about Lindsie on their podcast. We reported, “Todd said that this is the last time he’s going to talk about the s*x tape. He notes, they were ‘told about this in 2016.'” The long conversation involved him explaining their side of the whole story, including why and how Lindsie left the Chrisley Knows Best TV show. In fact, he also said he loves Lindsie and hopes she gets some help.

Whether it’s because of what Todd said or not, Lindsie also put it out there there that she really doesn’t want to talk about it publically anymore.

According to People, she said, “I decided yesterday that I’m just not going to talk about it anymore because when you feed negativity, you’re constantly surrounded by negativity.”

So, finally, it looks like maybe they agree on at least one thing.  Over on Lindsie’s social media, quite a lot of people commented that they wished she would reconcile with the family after they watched the Dr. Phil Interview.

Julie and I talk about the Dr. Phil show,  the complications of step-relationships, and clear the air about one of our children. #chrisleyconfessions Join in the conversation! Call and leave a message to: (931) 674-1672

Lindie’s reasons were given on the Coffee Convos podcast. She said, “I don’t have anything to prove to anybody other than myself and my kid and my husband. So I’ve just decided not to feed into that anymore.”

Well, certainly, the feud got put out by Lindsie in the first place. And, it looks like people really hate all the dirty laundry flapping across the Internet. So, it may come as a relief to fans of the respective parties that Lindsie wished Todd and the rest of the family well.

Todd also said that he wishes Lindsie well in the future. Whether they feel resentment, or truly want this whole thing buried, only they really know. But, many people grew uncomfortable with it all. Both parties in the feud got many fans hoping for forgiveness and reconciliation. Even the interview Lindsie gave to Dr. Phil about the tape on YouTube, saw many not-so-loving followers just wishing they would stop airing their lives so publically.

In the podcast, Lindsie Chrisley said that she, “scrubbed anything that could be negative” off of her social media. What isn’t clear, however, is whether she retracts her claims that Chase and Todd tried to extort her with a s*x tape that Todd claims he never laid his eyes on.  Also, don’t expect Lindsie to fall down on her knees and beg any forgiveness, as it looks like she’s distancing herself from the family even more. She said, “I think that we all need to move on with our lives in separate directions…I pray for them and I’m moving on from that part of my life.”

Nothing makes this mama's heart happier than making memories around one of our favorite holidays! 🎃👻🧡 I am dreading the day he doesn't want my help picking out a costume 😭 …But really, how cute is this Spiderman? 🕷🕷🕷 We both look forward to making spooky 👻 treats together every year #sponsored by @generalmills 🖤 This Halloween we tried our hand at #MummyDogs & Spider 🕷 Brownies using our favorites @pillsbury & @oscarmayer that are available at @Publix 🛒 They were a huge hit, so yummy & precious! 🧡 What are your favorite holiday treats to make with your little ones?! 🎃🎃🎃

What do you think about both Todd and Lindsie Chrisley announcing they said the last things publically about the feud? Are you happy to hear that they at least agree on one thing? Sound off your thoughts in the comments below.

Remember to check back with TV Shows Ace often for more news about Todd and Lindsey Chrisley.

Sister Wives: New 2021 Season Comes Back To Sunday Nights
‘Sister Wives’: Maddie Gets A Grip – Shocked By Her Own Behavior
Are There New Episodes Of ‘One Chicago’ Tonight?
Nanny Faye Chrisley Feels Like A ‘Sexy Kitten’ With Her Fresh Look
Ken Burns, Henry Louis Gates Jr. More Read For My People by Natasha Trethewey for ‘PBS American Portrait’