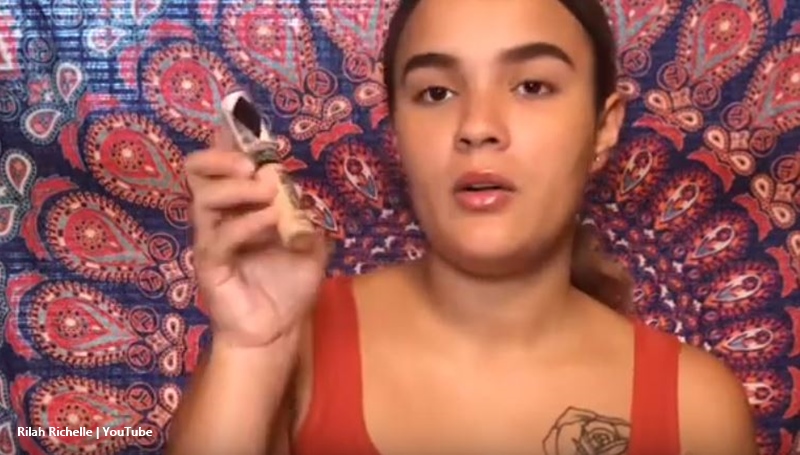 Unexpected fans suspected that there were problems between Anthony and Rilah’s mom. Perhaps she instinctively knew something was wrong. Following some allegations he physically hurt Rilah, maybe she feels justified now. In the meantime, Rilah’s moved back to her first love: making makeup tutorials on her YouTube.

Rilah shared the news about the split on her Instagram. TV Shows Ace reported, “She says that Anthony looks like a good guy on television. Rilah showed a bruise that she says Anthony gave her with their daughter in the car. According to her post, Anthony even said negative things about her to their daughter.”

Fans noticed that there were issues. On Twitter, one fan said, “Rilah‘s mom is totally out of line!!! She should not have allowed Anthony to move in if she did not want him there. Speaking so negative about his mother is setting up a horrible family environment for [the]baby.”

So, behind the scenes, things may have been worse than we see on the Unexpected show by TLC. But, Rilah seems to be putting on a brave face. In fact, she said that she wants to get back to her first love – makeup.

Rilah gets back to her makeup tutorials on YouTube

On her YouTube, where Rilah made quite a few parenting videos, she came up again on Wednesday after a bit of a hiatus. She said in the video, “I love doing mommy videos, but this is mainly what I’m passionate about doing.” The Unexpected star said that she “lost motivation abut makeup and beauty” when she got pregnant. Now, she “hopes it takes [her] on a good path.”

A fan said, “just so you know, there’s a fan page and people are talking about the two of you – as in Anthony being abusive to you – there’s also what appears to be hidden video clips, private text messages, etc. Things that I would not personally want shared and I wonder do you know these things are being shared on Facebook?”

Well, now Rilah told all her followers what went down, it seems those Facebook groups were onto something as far back as September.

In the past, while doing makeup tutorials, Rilah would always sprinkle her thoughts in. But this time, there’s no mention of Anthony or the baby. So, it looks like she just moved on and doesn’t want to talk about it at the moment.

What do you think about Rilah focusing on her makeup tutorials rather than on parenting in her YouTube videos? Do you think she’s moved on and just wants to put it all behind her? Sound off your thoughts in the comment below.