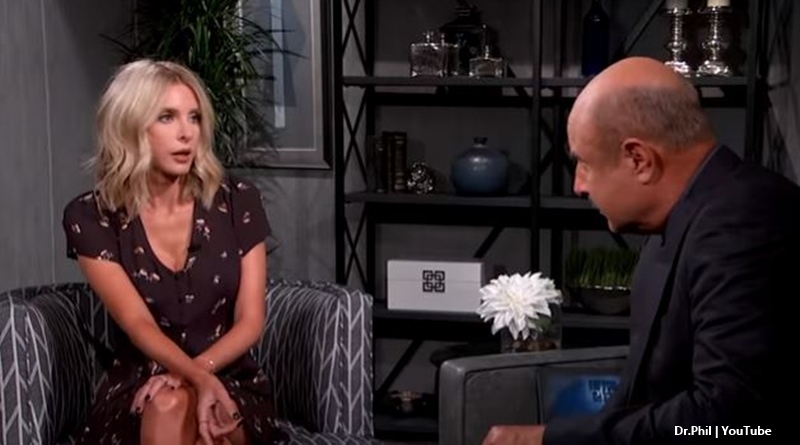 Now, Todd and Julie went onto their Chrisley Confessions podcast to talk about it.

Julie just got back from L.A. where she and Savannah spent time together. So, she was able to attend the podcast session. As TV Shows Ace has previously reported, fans tend to get a different kind of podcast when it is just Todd.

Todd reminded fans that his podcast is a place where any of the family can come and tell their truth. But, probably Linsdie won’t take up that offer. They often use the podcast to address things in the press.

Todd said that this is the last time he’s going to talk about the s*x tape. He notes, they were “told about this in 2016.”

He added, “there has never been a tape in [his] possession.”And, he said that Lindsie told them about it. Obviously they had some words about this embarrassing occurrence. But, he feels the tape’s existence, or not, should “never have come to light.”

Todd says that he asked Lindsie “to explain” how she thinks that “Chase is involved in it?”

Lindsie’s dad says he has never seen the tape, heard the tape, and more

Todd Chrisley notes he not only “never saw the tape,” but he never even got approached by anyone to buy one. Todd noted that if they had, “I would have bought it and destroyed it.” Julie agreed with that. But, Todd once again mentioned that “no matter what Lindsie says on her Twitter or to the press, he still loves her.” Todd feels that she only does it “because she’s hurting.”

Next, Todd spoke about Dr. Phil and commented that it seemed a one-sided interview with Lindsie. But, he’s not too worried as it “never got much traction.” However, the Chrisley family’s disappointed that “nobody from Dr. Phil’s camp reached out to [them] at all.”

And, Julie noted how easy it is to get a hold of them. But, Todd reiterated over and over again, that he still loves Lindsie. Julie noted how Dr. Phil boasts of his “two sides to a pancake…but this time, he only showed one side.”

Obviously, Todd’s disappointed in Dr. Phil. But, he says he forgives him as well.

Todd said, “I will never hate Lindsie.” In fact, he wants her to “see a therapist to help her work through her pain.” So, asking for prayer for the whole family, Todd Chrisley hopes for some kind of a breakthrough. Todd notes that Lindsie seems to think she’s done nothing wrong. But, he points out that all the feuding and bitterness came from Lindsie’s side. And, now she’s twisted Julie’s side of the story to sound like her own.  It all started with an incident that ended up with her not being asked back to the show by the production team.

The Chrisley couple explained that Todd and the production team were downstairs, and “Chloe was sleeping.” Andrea the nanny settled her down about two hours before.  It was getting late for a little girl, like 9 pm. But, Lindsie went in and woke her up to “do something on social media.” Julie apparently heard it, and so she went to tell Todd. So when Lindsie came downstairs, she had a go at Julie and loads of the production team and Andrea, and the family heard it all.

Todd Chrisley tells his version of Lindsie leaving the show

Unusually, we hear Todd swear as he quotes Lindsie telling Julie where to get off. He alleges Lindsie said, “F**k you b*tch.” Todd says he and “16 members of the crew” saw her say “she’s done.” Naturally, it caused a big investigation with the production crew. This all went down in March 2017 and many affidavits prove exactly what happened.

Later, they heard plenty of threats about “suing people left right and center and that caused a huge investigation.” He notes that in fact, Lindsie “never quit the show.” They never brought her back because of not being “in the best interest of the show and the family.”

Remember to check back with TV Shows Ace often for more news about Lindsie and Todd Chrisley.