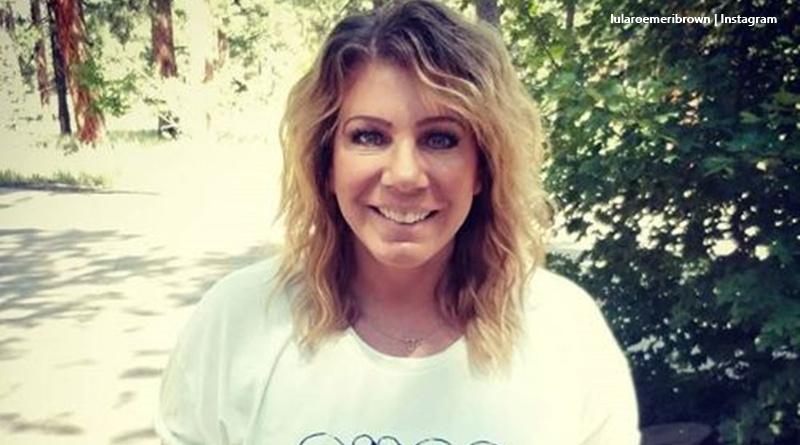 Sister Wives star Meri Brown often shares about her life on her Instagram LuLaroe account. Sometimes she shares inspirational thoughts. And, when she shared one about the weeds in life, she got a few reality checks from fellow Arizonians. But, some rather humorous comments also came from fans of the TLC show.

Meri loves getting out and about in nature. Often, we see posts from her exploring the wilder areas of Arizona these days. In fact, nature on her doorstep in Flagstaff always appealed to her. Recall ages back, when they first moved there, Meri was very taken by the deer in her backyard. On Wednesday, Meri went onto her Instagram to share a philosophical post about weeds, as part of her promo post for her LulaRoe.

In her post, the Sister Wives star wrote, “They say to stay out of the weeds, to not get distracted by the little and unimportant things, to stay focused on your goal and your vision. Well, these are some weeds that I can get behind, weeds and surroundings that bring peace and promote focus. So I guess be sure to pick the right weeds…”

Fans give Meri a reality check about the weeds

A few fans from Arizona commented on the post. One person said, “Some see weeds others see feed for wild life.”

Another said, “Those aren’t weeds, they’re natural grasses native to northern Arizona. So you’re standing in full splendor of your best self, surrounded by the splendor of nature being her best self as well.”

One very practical Sister Wives fan also tossed in their thoughts. They commented, “From a fellow arizona girl I have to warn you that those weeds could be housing some snakes right about now! Great pic, keep your boots on!”

But, not all comments were of the reality-check kind. One was quite funny. That commenter wrote, “Or smoke weed.”

However, most fans just loved the pretty setting and suggested she frame the picture. Another fan noted, “So beautiful and peaceful!! You got to find that peaceful spot!! Love it.” Meri’s got a lot of fans who love her no matter what’s going on in her life.

They say to stay out of the weeds, to not get distracted by the little and unimportant things, to stay focused on your goal and your vision. Well, these are some weeds that I can get behind, weeds and surroundings that bring peace and promote focus. So I guess be sure to pick the right weeds…. 😊 🍂🍂🍂 #LivingMyWhy #BecauseICan #LoveWhatIDo #LuLaRoeRetailer #SocialRetailer #FlagstaffFashion #LuLaRoeForLife #LuLaRoeMoreThanJustLeggings #ThanksItsLuLaRoe #WeAreLuLaRoe #LuLaRoeValentina #LLRDenim #MyHappyPlace

Is the show coming back?

Like every single post that Meri makes, fans ask her if the Sister Wives show will return. And, yes it probably will. TV Shows Ace noted several times that filming already started. Plus, we noted a very strong hint came from Christine. She shared a photo of Doug Monroe in Flagstaff with her. Our article noted he’s a “Director of Photography on Sister Wives/TLC. AFI grad.” And, from his posts, it looks like he’s been around the Sister Wives family in Flagstaff for a while now. ”

What did you think of Meri Brown posting about the weeds and getting a reality check from fans in Arizona? Did you think some comments were quite funny? Sound off your thoughts in the comments below.