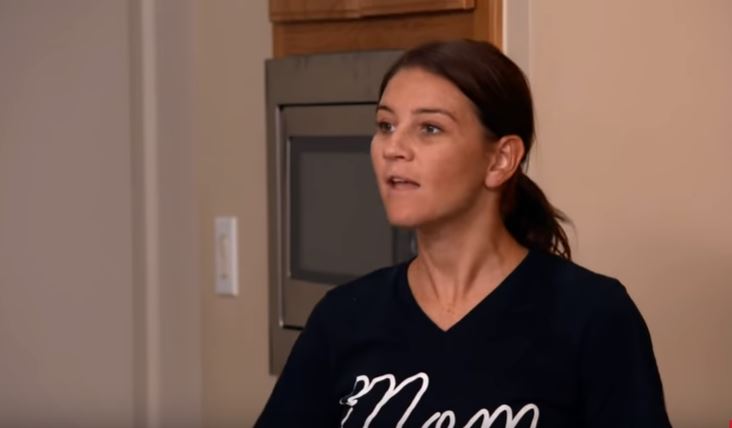 OutDaughtered fans mostly love Danielle Busby and Adam. But, somehow, this cute and family-friendly TV show managed to bring a lot of critics as well. From date nights to vacations, and now to promos, they get trolled on.

Well, many reality TV stars post promos on Instagram. And, one would think with six kids, they could use the money.

Taking to her Instagram on Wednesday night, Danielle shared about the kids eating pizza. Actually, we saw that in the recent episode. While many fans thought it was cute, others complained. It seems they hate it that they get ads on the show, and promo plugging from Danielle. Danielle captioned her post with “Y’all saw how much my girls love their pizza on last night’s #OutDaughtered! Reminder to self: Stock up on “Mamarella” (aka mozzarealla) @redbaronpizza for Halloween weekend so everyone is satisfied and ready to trick-or-treat!” To be fair, she did hashtag it as an ad, which is an Instagram requirement.

Another said, “Lately it’s so scripted and the plugs are getting on my nerves!! Go back to life with 6 girls that genuine chaos and love was way better then The fake fighting and the ‘ads’ how many businesses do the have now?”

Angry fans continued the onslaught. One of them noted, “Just another endorsement?”

Some fans stick up for Danielle Busby with plugging endorsements

Another agreed, commenting, “thank you! I’m so surprised and saddened that there are so many bullies out. If you don’t like it and think the ads get in your way, don’t watch. Seriously!” An OutDaughtered fan, who is also a realist. also had their say. They wrote, “with 6 kids to raise, I would be doing what I could too.”

Others were angry that Danielle seems to have many businesses. Actually, she did start an online shop with her sisters. However, for Danielle, these lines of businesses probably free her up to work from home.

The OutDaughtered mom’s pretty much tied into raising her kids. So, income earned from home would certainly help.

Y’all saw how much my girls love their pizza on last night’s #OutDaughtered! 🤣 Reminder to self: Stock up on “Mamarella” (aka mozzarealla) @redbaronpizza for Halloween weekend so everyone is satisfied and ready to trick-or-treat! #PizzaParentWin #ad

What do you think about Danielle Busby getting trolled on for sharing promo posts? Sound off your thoughts in the comments below.