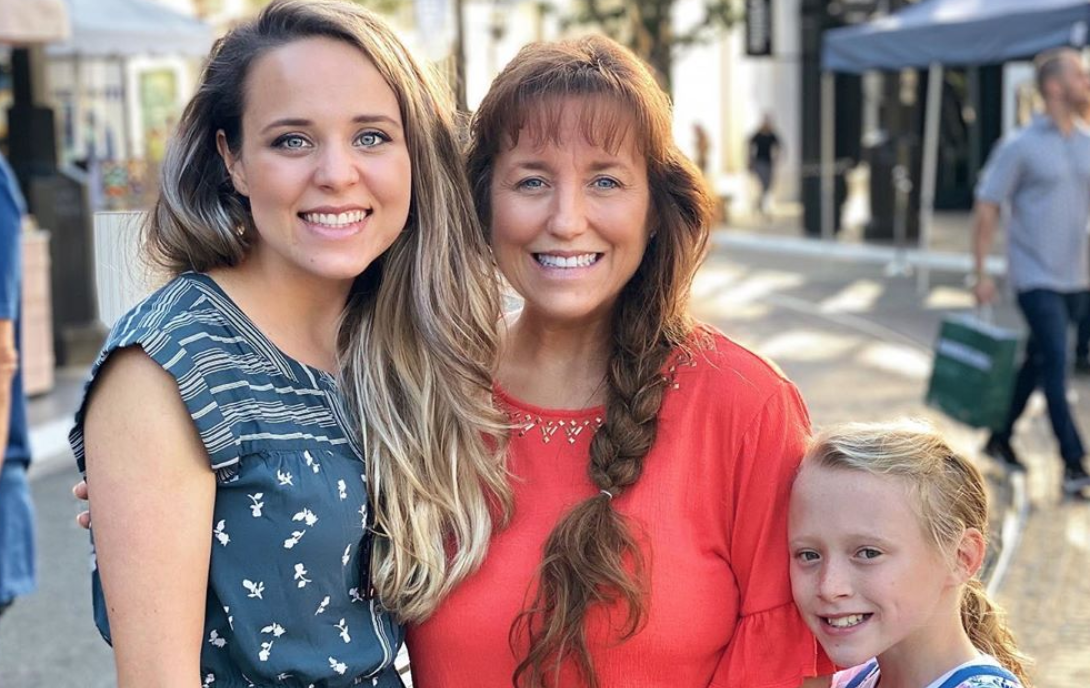 As TV Show Ace has reported on a few occasions, Jinger Duggar Vuolo has made the decision to distance herself from some of the traditions she grew up around.

While being religious and homeschooling are not that uncommon of a practice. There are other aspects of Jinger’s childhood that differ from modern day America. For starters, the only form of entertainment she and her siblings had was what nature provided. This is largely why Counting On fans found it so shocking to see a flat screen television mounted in the home of Jinger and Jeremy Vuolo.

One of the many restrictions on children growing up in the Duggar household came in the form of a dress code. Namely, female members of the Duggar family did not wear pants. Only dresses and skirts. This restriction is why Counting On fans have also found it shocking to see Jinger sporting pants.

Jinger added pants to her wardrobe after marrying her husband Jeremy.

According to Cheat Sheet, it was some time after Jinger and Jeremy tied the knot that she added pants to her wardrobe.

Counting On fans wonder how Michelle Duggar feels about Jinger’s decision to stray from the family dress code.

If there is one thing the Duggar family has a lot of — it’s love.

During the episode of Counting On that aired a few days ago, Michelle Duggar addressed Jinger’s decision to wear pants. Despite what many fans suspected, Michelle did not have much of an issue with her daughter’s convictions. It would appear as if she loves and supports her daughter enough to understand that as a grown woman she is going to shape her family the way she sees fit.

Fortunately, both Jinger and mama Duggar addressed Counting On fans concerns about the wardrobe change during the episode.

“I know a lot of people have had different speculations or ideas or whatever about conflict between us over the matter of pants. We had conversations before I started wearing pants. I just shared my heart with them about where I saw the Lord leading me. I was really grateful for their response,” Jinger explained.

After a successful visit to @flaxpentopaper, I have officially joined the fountain pen club. 🖋

Michelle was with her daughter Jinger as she spoke to the Counting On producers. She insisted the wardrobe change didn’t cause any strain on Jinger’s relationship with her or her father.

“It’s OK that my kids may have different convictions than me. I know that he’s leading them and that’s the most important thing — their walk, their relationship with God. And they really love the Lord. And I can honestly say I can have no greater joy.”

While Counting On fans continue to voice opinions on the dress code issue, Michelle Duggar considers it a non-issue. In fact, she’s just happy her daughter and her family are walking with God, regardless of what path he takes them down.