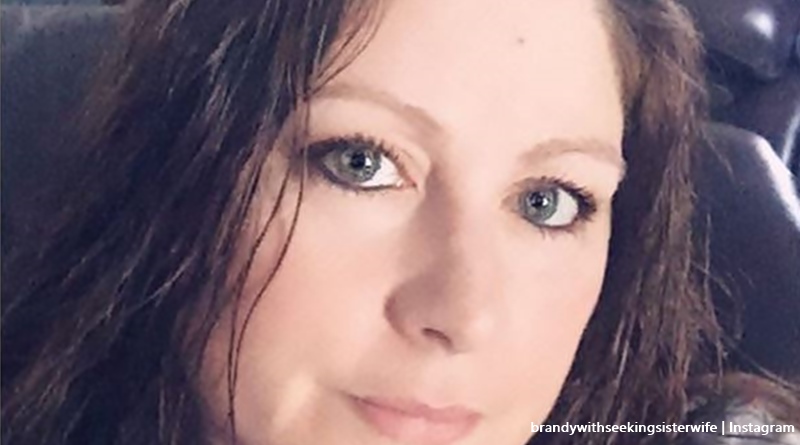 Seeking Sister Wife alum Brandy joined Bernie and Paige McGee on season 2 of the TLC show. After the season ended she spoke to TV Shows Ace and explained that she’s done with looking for love on television. However, she never really ruled out another sister wife situation. But, now it looks like Brandy’s moved on from all of that and found a new love. Plus, it seems she’s not looking for any sister wife.

When TV Shows Ace interviewed Brandy, it came after the show, but before the untimely death of Paige’s husband, Bernie McGee. Then, Brandy seemed in no rush to get out and find a new family or man in her life. Plus, she gave advice to those who consider a plural marriage. She noted, “Take your time. There’s no rush. Make sure you ask those difficult questions. Listen to your gut. Make sure what’s important to you is also important to them.” So, taking things slowly seemed the way forward for her.

Brandy still keeps a following of Seeking Sister Wife fans who, to this day, hope for a return to the show. But, it looks like that’s just not gonna happen. Brandy often posts up pics and lets people know how she’s doing, and fans like her because she seemed such a pleasant woman on the TLC show. In her latest post on Tuesday, she invited fans to connect and just enjoy a bit of a chat. She answered some fans who asked about her love life and how she’s doing.

Fans felt a bit bad for her, as she’s suffering from migraines right now. Also, in a previous post, she shared about dealing with anxiety. Back in July, she first opened up about that. Then recently, she shared a list of useful tips on how to deal with it. But, that’s Brandy, the Seeking Sister Wife alum who cares and shares. Plus, she mentioned a new love in her life. And, we’re hoping it’s not a new dog or cat. Fans think she’s definitely found a new man to love, and it seems not to be a sister wife relationship.

One fan who obviously found something somewhere, said, ” Hey Brandy, so happy you have found someone that makes you happy. I was disappointed how the show turned out. But sometimes things happen for a reason. You are a lovely lady Brandy.”

Well, Brandy never denied it, and just said, “I appreciate it! I’m grateful I’m where I am today.”

Another fan asked her, “How are you, Brandy? Any new man in your life? You’re a lovely woman there should be if there isn’t.” And that’s when the Seeking Sister Wife alum confirmed, “yes a new guy. He’s wonderful.”

It seems Brandy’s fallen hard for the new love

During the chat, Brandy let out a few more of her feelings about her new love. When another fan asked if she found someone, Brandy let her feelings show. She replied, “there is!!! He’s wonderful! Kind, gentle, loving, wonderful… did I say he was wonderful?!? And he loves just me!”

It seems that by just loving her, there’s no other wife in sight. Asking about that, one follower commented, “Still looking for a sister wife?” But, no, she’s not.

What do you think about Brandy finding new love in her life? Are you happy for her? Sound off your thoughts in the comments below.

Remember to check back with TV Shows Ace often for more news about the cast of Seeking Sister Wife.