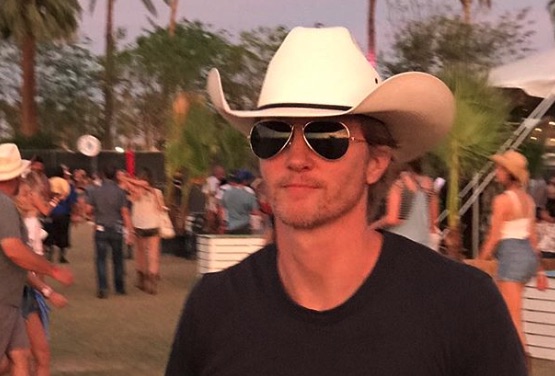 On Monday, it was announced that Young and the Restless star Thad Luckinbill will soon be producing a Korean War film. Can we expect him to return to Y&R anytime soon?

The Young and the Restless star Thad Luckinbill to produce Korean War film https://t.co/KgWxHg1UaB via @monstersandcrit

Thad Luckinbill and his twin brother Trent are going to produce a new movie called Devotion. According to Variety, this is a Korean War movie starring Set It Up star, Glenn Powell. This is the true story of two U.S. Navy fighter pilots, Thomas J. Hudner Jr. and Jesse L. Brown. Their heroism earned them celebrity within the Navy and beyond.  The movie is based on the non-fiction book Devotion: An Epic Story of Heroism, Friendship, and Sacrifice by Adam Makos.

Speaking of Glenn Powell, he is in the new Top Gun: Maverick. He is also reuniting with Zoey Deutch for another Netflix romantic comedy, The Most Dangerous Game. But, Thad Luckinbill fans want to know if he will be returning to Young and the Restless.

Thad Luckinbill, past, present and future, I hope. Too busy producing movies. He got me hooked by his love scenes with Victoria. It looked like Tru love and it was. I wonder if he ever will come back? Some people think they bring him back when ratings are low. Just come back JT. pic.twitter.com/QxrlsZBmLd

Thad is a very busy guy, but in the past year, he has made time to return to Y&R. Yet, former head writer, Mal Young, did a lot of damage to beloved Young and the Restless characters. Unfortunately, he was perhaps the cruelest to the beloved J.T. Hellstrom.

The last time Thad Luckinbill fans saw his character J.T. Hellstrom, was last spring. He was not a good guy at all. This was shocking! Many fans believe he was a Mal Young victim. Fans are still bitter. Mal Young messed up crucial  backstories and frustrated loyal fans. But worst of all, fan favorite J.T. was given a shocking storyline that was nothing like his character.

For example, one fan, @safeuphigh tweeted “J.T. Hellstrom played by the wonderful Thad Luckinbill. No matter how much MY [Mal Young] tried to damage that character, it’s still the best character the show ever done and Thad played him to perfection.”

Fans want him back, such as @PamAbby1 who tweeted: “Thad Luckinbill, past, present and future, I hope. Too busy producing movies. He got me hooked by his love scenes with Victoria. It looked like Tru love and it was. I wonder if he ever will come back? Some people think they bring him back when ratings are low. Just come back J.T.”

Will Thad Return To Genoa City?

Inquiring fans want to know if  J.T. is coming back? Will he return to Genoa City and set some sparks flying with Victoria? That remains to be seen. Hopefully new head writer Josh Griffith can bring back the cool and romantic J.T. that fans love so much. Meanwhile, Thad and his twin Trent are going to be busy producing yet another great movie from BLM.

Thad Luckinbill fans, do you miss him on Young and the Restless? What kind of J.T Hellstrom storyline do you want to see? Be sure to check back with TV Shows Ace on the latest soap news.