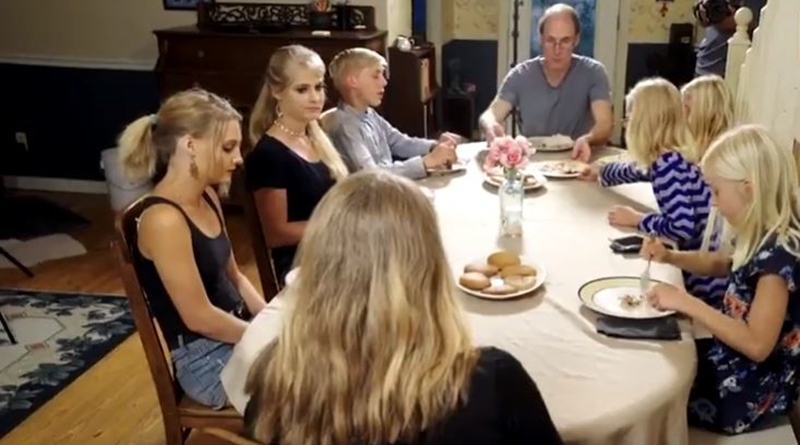 Welcome to Plathville brings us a family from way down in a rural part of Georgia. There, we see a large family of nine kids, some grown-up and married. We also meet parents Kim and Barry Plath. They decided that the kids should grow up not knowing what a coke tastes like. They don’t know about technology and even people like NFL’s top quarterback, Tom Brady’s a mystery. Imagine not knowing at the age of 15 who or what Spider-Man is? You can start watching yet another different type of family on TLC on November 5. The show runs for six episodes.

Welcome to Plathville, a new show from TLC brings some drama despite initial appearances

People details who lives in the Plath family. The parents, Kim and Barry Plath do have careers, apart from their farm where they live. Barry’s a  transportation planner. Meanwhile, Kim started out as a “music therapy major in college,” and is now a naturopathic doctor. The children are Ethan aged 21 and he’s married to Olivia aged 21. Olivia’s about to bring some drama to the lives of this extremely sheltered family. Heaven forbid that since he married Olivia, Ethan even tried drinking a coke!

The other kids include Hosanna, a year younger than Ethan and she married Timothy Nobel. Both musicians, they tour a lot, which sounds like something the rest of the kids would enjoy. Under Hosanna we see “Micah, 18, Moriah, 17, Lydia, 15, Isaac, 13, Amber, 10, Cassia, 8, and Mercy, 6.” Lydia, at 15 is the daughter who has no idea who or what Spider-man is. Michah grew up without television, but tells the camera, “I don’t think I need one,” in the preview. Welcome to Plathville‘s Isaac enjoys “football and basketball.” But when asked by the producers, he can’t say he ever heard of Tom Brady.

The kids grew up deliberately shielded from modern life

Barry said they chose the lifestyle to allow the kids to be children. And yes, three young girls agree they love the farm. Well, if they know nothing else, that’s hardly surprising. Kim says, “We have limited technology, we have limited computers. They don’t play video games.” It looks like they may not even read printed news as they also managed to keep the existence of celebrities like Lebron James and Justin Bieber a top-secret from the kids. One can assume this means that in the Welcome to Plathville lives, radio’s also forbidden.

The Plath parents disagree with Oliva, Ethans’ new wife. She comes from a normal sort of family and they clash. It seems like she’s unhappy with the way the kids get kept so sheltered. After all, she just married a guy who’d never been to the gym in his life before. In the show preview, we see mother Kim saying, “Well, I don’t think it’s your job to parent our children.” Watch for drama there. In the meantime, the Plath family also runs their own YouTube where you can watch rivetting things like Kim making them all learn to sing Do Re Mi.

What do think about the show coming to TLC in November? Will you watch it? Sound off your thoughts in the comments below.

Remember to check back with TV Shows Ace often for more spoilers and news about TLC’s Welcome to Plathville.