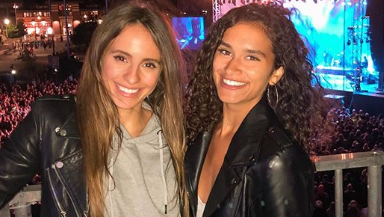 In the March 2017 Season 21 finale of The Bachelor, Nick Viall proposed to Vanessa Grimaldi. Even though it wasn’t what she wanted.

The proposal was discussed on the “Let’s Talk About It With Taylor Nolan” podcast on Tuesday, October 22. Us Weekly got a sneak peek of the episode and gave a behind-the-scenes scoop.

“I didn’t want to get engaged. They didn’t air this,” Vanessa Grimaldi told her best friend and host, Taylor Nolan. Nolan had also been a contestant on that same season of The Bachelor.

The Canadian native continued. “I had a conversation with him, and I said, ‘Listen, wouldn’t it be better if we just date outside of the show and then get engaged? ‘Cause that’d be more meaningful. We’d get to know each other.’”

She mentioned that Viall had suggested that going through with the engagement was a gesture of commitment. He had brought up something really important. Vanessa believes the couple would have broken up sooner had they not been engaged.

🎈#3 Birthday Celebration Giveaway🎈⁣⁣ Okay…WOW! This week’s giveaway is one of my favourites, it’s a very luxurious one and one that is extremely generous!⁣⁣ @ritzcarltonmontreal is offering:⁣⁣ • 1 night stay in The Signature King Room⁣⁣ • Dinner at @maisonboulud ⁣⁣ • Afternoon tea ⁣⁣ • Couples massage at @spastjames ⁣⁣ • Drink at @grandmarniercanada lounge⁣⁣ • Drink at @domperignonofficial bar⁣⁣ It’s worth over $1,000…you can do the calculations 😉 ⁣⁣ To enter, here are the rules.⁣⁣ 1. Follow @ritzcarltonmontreal ⁣⁣ 2. Follow me⁣⁣ 3. You must live in Canada or United States of America ⁣⁣ 4. Like this photo ⁣⁣ 5. Tag a friend or lover you’d want to share this giveaway with⁣⁣ ⁣⁣ @ritzcarltonmontreal Will select the winner on Monday, September 23, 2019!!!! GOOD LUCK I AM ALREADY JEALOUS OF WHOEVER WINS!⁣✨❤️🙏🏼⁣ #ritzcarltonmontreal⁣ #birthdaygiveaway⁣ #ilovemycity⁣

The couple broke up in August of 2017, just a few months after the season finale where their engagement aired. Vanessa Grimaldi is now dating businessman Josh Wolfe. She continues to be philosophical about her reality TV experience, explaining how she felt ready when she joined the show. She explained she felt ready for marriage and a family, to settle down, so it all made sense. Maybe everything that happened, her being on the show and dating Nick, was meant for her to have the life she has now.

She went on to say that she truly believes that everything happens for a reason. If it hadn’t been for her gaining stardom, she might not have had her relationship with Wolfe. The couple got their start when Josh slid into Vanessa’s DMs.

On Monday, October 21st, she revealed on the “Help! I Suck at Dating” podcast that Josh has been receiving some pictures of engagement rings she’s been sending.

Make sure you don’t miss Peter Weber as The Bachelor in January on ABC.