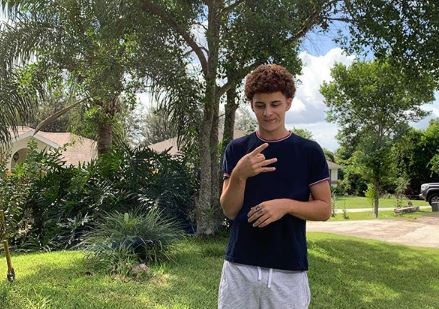 Last night, Rilah of Unexpected went to her Instagram story to share that she had allegedly been abused by Anthony. She didn’t hold back in her accusations against him.

This morning, Anthony of Unexpected did a live chat on his Instagram. Here is what he had to say.

Anthony said that “nobody hit Rilah, that’s all false.” He then shared that they went to eat at a crab place. He said that the truth is going to be told. Anthony gets that fans want to hear the truth. His version is that he was driving back from eating and had Rilah in the car with the baby in the back seat.

She started telling him that a friend invited her to a party. It was supposed to be just girls and he even saw the texts. He didn’t believe that at all. He says that she wasn’t making sense when she was texting him and he showed up where she was at. It turns out that a lot of guys were there and they were around 25-years-old.

Anthony also said that he wanted to take her to the fair. He is denying hitting her at all. He did say that he forced her to leave the party because of the older men there. Anthony says he was afraid of her getting raped or something while at the party.

He went on to say that Rilah is “lame.” He said all she does is sleep all day long. One thing is that Anthony insists that he loves his daughter.

Anthony then said that Rilah hit him while in the car. He said that she was intoxicated when it went down. He expects her to talk and make herself out to be a good person. Anthony says that there are not any marks on her at all. He knows that if he hit someone there would be a mark and Anthony insists that was not the case. Anthony even called her “crazy” saying she pulled his hair. He also says that she has been deleting his posts on Instagram because she is logged in on her phone as well. Anthony said the police were called, but that the police officers let him have his daughter to spend time with her.

He says that the doctor said that Rilah gets bruises easily because she doesn’t go outside much.