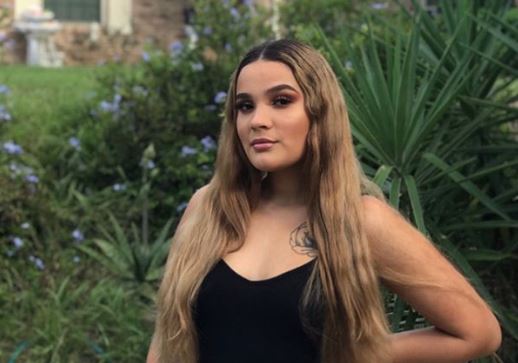 Fans of Unexpected have watched Rilah and Anthony together. These two seem like a great match. It turns out that things might not be what they seem. Now, Rilah is on her Instagram sharing about Anthony and she doesn’t have great things to say. The post was on her story.

Rilah is speaking out and in this post, she shares that she has been lying to everyone. 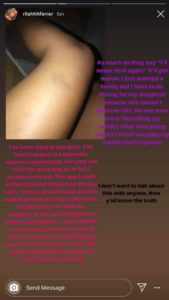 This post starts out with about how the Unexpected star has been lying to fans. She says that Anthony looks like a “good guy” on television. Rilah showed a bruise that she says Anthony gave her with their daughter in the car. According to her post, Anthony even said negative things about her to their daughter. Luckily, she is young enough she doesn’t understand what is being said to her.

Another thing that Rilah commented on was that her family didn’t know at all. Now that they know, things could really change. Her mom doesn’t seem like the type who will take this news well.

Are they still together?

In this post, Rilah from Unexpected says that she has finally left Anthony. It will be interesting to see if she gets back together with him or decides it is really time to move on. Right now, they seem to be over, but they do share a child. This means they will always be in each other’s lives. It doesn’t mean that they have to stay together, though.

Her latest post is from 15 hours ago and shows her with her little girl at the fair. It doesn’t seem that Anthony was around.

Anthony hasn’t made a new post at all. There are a few comments on his last post though asking if he was really abusing her. It sounds like fans would love to hear both sides of this story. Neither one of them says anything about their relationship in their profile.

Don’t miss the new episodes of Unexpected when they air on Sundays on TLC. This season was filmed before any of this news came out so don’t expect to see it play out on the show.

‘Autopsy: The Last Hours Of Dean Martin’ Where To Watch, What To Expect
Savannah Chrisley Gets Scolded By Fan For Wearing Barely Nothing?
Lauren Burnham, Arie Luyendyk Jr. Ask Fans To Pray For Twin Daughter
Isabel Rock Tells Fans To Stop Body Checking Themselves
Did You Miss This JonBenet Ramsey Reference In ‘Cruel Summer’?