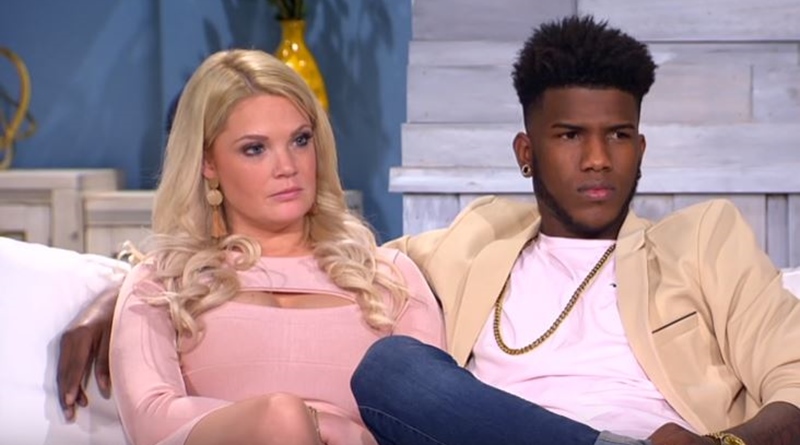 90 Day Fiance fans know that Ashley Martson and Jay Smith split multiple times. In fact, they split so many times, it’s hard to track the over-hyped emotional turmoil for Ashley. Now, she released a statement verifying that they recently got together again. However, the shortlived effort once again died a swift death because…you guessed it – Jay cheated again.

Fans of the show first saw the splitting drama start during Season 6 of the TLC show. We later saw them in Happily Ever After? The drama all started with Jay cheating and Ashley confronted him over it. She found him talking to another woman on a dating app. Jay said that he’s Jamaican and it’s common to “network” via dating apps in his home country. Anyway, it all escalated and Ashley reminded fans and Jay multiple times about the unfaithful act.

Through the season and the second 90 Day Fiance appearance, we saw multiple incidents of splits, or non-splits with make-believe splits thrown in. Fans might recall that at one stage they faked a split, got caught out, and Ashley blamed TLC.  In fact, ‘mysterious’ Ashley was forever claiming she took on other men, and then carefully blanked out their faces on social media. But, fans grew tired of the whole thing. Later, after filing for divorce, Ashley then withdrew it and then filed again after Jay’s ventures in a barbershop with another woman.

The ongoing splits between Jay Smith and Ashley

Jay Smith eventually ended up in detention and his new girl, Kayla O’Brien, gave him a huge hug after he got out. At the time, Ashley suggested Kayla looked pregnant. Kayla later moved on from Jay. Since then, Ashley lifted the PFA against him and they got seen together. Ashley admitted they’re “talking” again. So, they tried yet again. But, now Ashley released the news they already split. Enough, already, so many fans of 90 Day Fiance think.

This time, the news about the latest split got revealed to InTouch Weekly. According to her statement, “I’m a big believer in following your heart and it is true that I took Jay back once again.” Obviously, Ashley doesn’t need to be a mind reader to tell her how people will react now things went south again. She added, “I know people will judge me and, while I can accept that, it was ultimately my decision.” Ashley adds that a friend told her Jay got a woman pregnant and alleges that Jay agreed to that on the phone.” Once more, we hear the 90 Day Fiance bell tolling the bad news. Like a Sunday call to prayers, every Sunday – “it’s clear he cheated on me.”

“I am distraught yet again and am picking up the pieces and doing my best to move on, “Ashley continues. “I know that I only have myself to blame for the situation I’m in again. It’s no one’s fault but my own. I can safely say I am, once and for all, done with Jay.”

What do you think of the news that the couple got together again and split again because Jay allegedly cheated on Ashley Martson? Do you think this couple is even relevant anymore? Sound off your thoughts in the comments below.