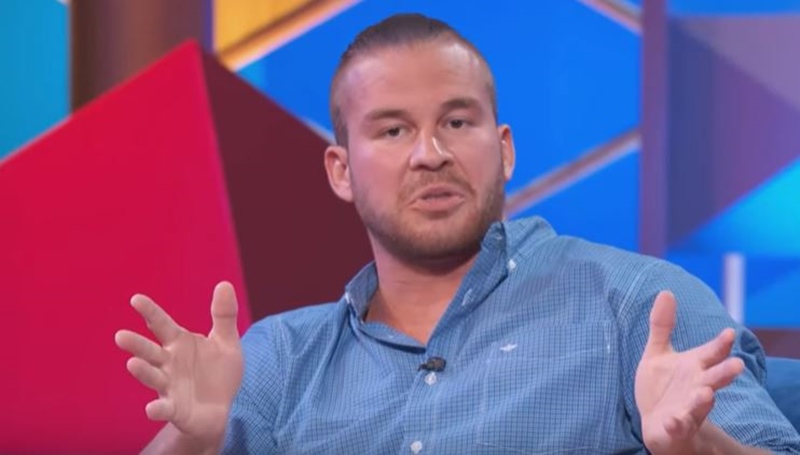 Teen Mom 2 fans know that Nathan Griffith, Jenelle Evans’ ex is the dad of Kaiser. Nathan’s been hoping for custody of Kaiser for a while now. In fact, he got bitterly disappointed after CPS returned Kaiser to Jenelle after the court case following the killing of Nugget the dog. But, Nathan’s not as clean as the driven snow either. He’s been behind bars before. And now, he got arrested for DWI. But Jenelle’s silent on the matter.

In an article about how all of Jenelle’s exes ended up arrested at one time or another, we mentioned Nathan. Our article said, “Oh wait, Nathan also ended up arrested. The Ashley’s Reality Roundup reminds us he was picked up and booked for traffic violations in 2019. Plus, they noted he faced ‘pending charges in South Carolina for previous arrests…one for alleged aggravated domestic violence in 2016.'” Now, Nathan got picked up again.

Starcasm writes about the latest charges against Nathan. In their article, they noted that it happened on Thursday. The outlet reported, “According to jail records, Nathan was booked earlier today in Wake County and is currently still in custody on $10,000 bond.” In a later update, they also noted he did get bonded out of jail and faces court on Friday. No news came out as to why the Teen Mom 2 alum was way up “in north central North Carolina.” But Starcasm said he looked quite relaxed and almost “cheerful” in his official mug shot.

DWI and the difference to DUI – plus Jenelle’s silence

No other details came out about what Nathan Griffith did, but there’s a difference between DUI and DWI. GH Legal Resources says, What constitutes a “DWI”… is often state-specific. In some states, “DWI” stands for “driving while intoxicated” and is essentially a synonym for “DUI.” In other cases, “DWI” means “driving while impaired.” Basically, they noted that “the elements are the same as a DUI, but drugs or alcohol need not be involved.”

Meanwhile, the news outlet explains that Teen Mom 2 alum Jenelle and David Eason seem unusually quiet on the matter. Actually, in the past, any excuse to throw out another reason why Nathan should not get custody of Kaiser was latched onto with vigor. However, fans of the MTV show can be sure of one thing: Jenelle will certainly take note of this latest arrest. It’s been four days since Jenelle shared any photo posts on her personal Instagram. And, nearly a year since David posted. Even their new @blackrivermetalandwood account just shows a post from a few days back of David with one of his knives.