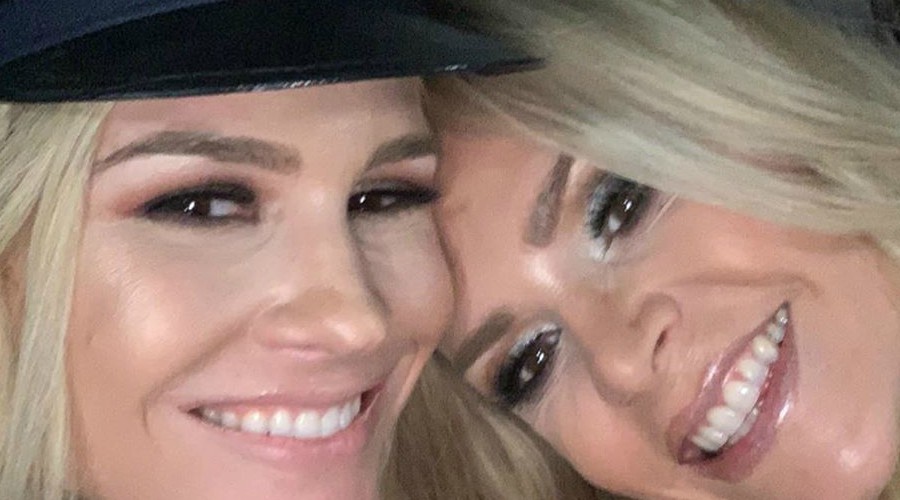 The Real Housewives of Orange County is full of drama and shocking antics. However, sometimes the meaningful answers come out later on Watch What Happens Live With Andy Cohen. The pseudo-talk show’s host is Bravo’s own Andy Cohen. Guests range from movie stars, singers and, of course, Bravolebrities.

Tamra Judge was a guest on this week’s show. In a segment where she responds to questions from viewers, she opened up about her estrangement from one of her children.

Viewers had front row seats to the end of Tamra and Simon Barney’s marriage. The duo frequently argued on camera. Tamra shares three children with Simon – Sidney, Sofia and Spencer. She also has another son, Ryan Vieth, who has appeared on the show for many years now.

Her other children were never allowed by their father to appear on the show either. Viewers are finally seeing Spencer on the show now that he is over 18. Tamra does mention her daughter, Sofia, often on social media and in interviews.

Entertainment Tonight reports that raising kids with her ex-husband is finally smoother sailing than it used to be.

“We’ve actually been getting along very well. I’ve always wanted to co-parent and now we’re actually doing it.”

Tamra Admits There Is ‘Division’ In Her Family

When the RHOC star divorced Simon, the three children chose where they would live. Sidney chose to live with Simon full-time. Their other daughter, Sofia, split her time between parents. Youngest son Spencer chose to move in with Tamra and her new husband, Eddie Judge. That led to some drama between her other son, Ryan, and Spencer.

In fact, the premiere episode of Season 10 highlighted the political differences between the two brothers. They almost came to blows about their difference of opinion.

Sidney is in college now. Tamra was asked at her recent WWHL appearance if she ever considers leaving the show for her daughter. She said that yes, she would quit the show if her daughter asked. You can watch the interview and the question below.

One of the reported issues between them is RHOC’s Tamra putting her family in the limelight. Apparently, Sidney did not appreciate her mother discussing her on television. Also, Tamra shared a photo of Sofia which implied an earlier photo had been deleted after Sofia complained.

The photo shows nine young girls in black dresses with their backs to the camera. The caption reads, “8th grade dance…last post was not “Sophia” approved.”

A Big Duggar Announcement Could Be Coming Soon – What Is It?
WOAH!!! Sabrina Burkholder Stuns With Before & After Picture
‘Bringing Up Bates’ Preview: The Family Is In For A Huge Shock
Tyler Cameron Dishes On New ‘BiP’ Hosts
‘Big Shot’ Spoilers: Will Marvyn Korn Abandon His Girls?