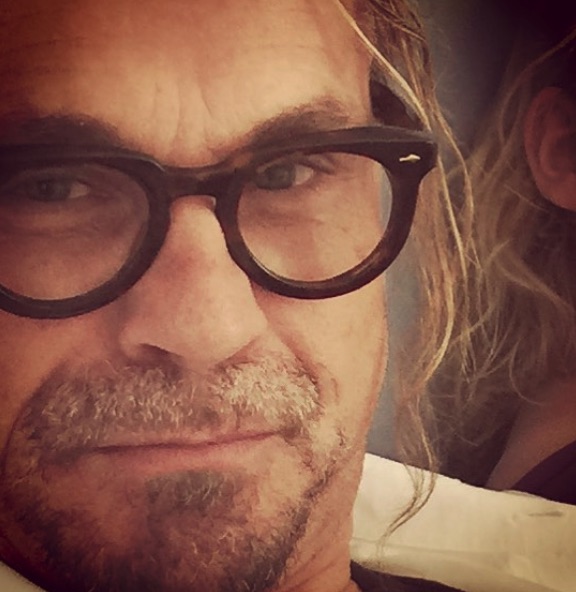 On Thursday, Kurt Sutter was ceremoniously fired from Mayans M.C., the very show he co-created with Elgin James. The Sons of Anarchy creator later revealed that he has been “wronged.” He believes he may have ruffled a few “mouse ears” that led to his dismissal. What is the full story?

On Thursday, embattled Mayans co-creator Kurt Sutter was fired by FX. According to The Hollywood Reporter, Sutter was dismissed due to “multiple complaints.” FX CEO John Landgraf and Disney TV Studios and ABC Entertainment chairman Dana Walden sent a letter to the cast and crew of the Sons of Anarchy spinoff. Despite being fired by FX, Sutter’s deal with 20th Century Fox TV has not been affected by this situation. In August, TV Guide reported that he intended on leaving the show for Season 3.

Sutter is no stranger to criticism over his behavior. In an interview he gave with THR, Kurt Sutter admitted that he has previously been called out for “unprofessional behavior.” He is a creative with an outspoken personality. He is a perfectionist with an artistic temperament, and he calls ’em how he sees ’em.

His goal is to create a product that is very authentic in every way. That is why he searched carefully for writers for Mayans. In that same THR interview, he shared that the pool of writers who could authentically write the experience told on Mayans was going to be small. Yet, he felt this was important. This attention to detail is why so many love his work. But not everyone loves his personality.

Sutter issued a statement on the situation. First, he gave full confidence that co-creator Elgin James could handle the duties he needs to keep Mayans running. “I’m sure FX will get him the support he needs to find and follow his vision.”

He went on to elaborate that “Although I will no longer be involved, I have no doubt the new team will move things forward with the same quality fans have come to expect.”

Most of all, he thanked his cast and crew–with some reservations. “Thank you for the honor of working with all of you. I don’t need, nor want, replies or condolences. I know where the love is. And for those of you who have it, I’m sure our paths will cross again.”

The news of Kurt Sutter’s departure was shocking to everyone in Hollywood. This is because he has been with FX for years. But, things have changed and for those who have not been keeping score, Disney now owns FX. In a letter published on Deadline, Kurt Sutter shared that he was not a fan of the “mouse ears,” and vice versa.

He shared that “I’ve felt the creative scrutiny of Disney from day one.” Then scrutiny became creative differences, as he shared: “Notes on scripts and cuts have been heavy handed. Demanding a level of dumbing-down story and inane PC restraints like I’ve never experienced before.” Then, he alluded to his behavior as he shared that “I genuinely feared for the creative future of the storytelling. So I pushed back. Hard.”

“Hard.” Could be the reason for “multiple complaints”? This is likely what the multi-talented artist referred to.

But where he felt deeply “wronged” was in how Landgraf and Walden mischaracterized him as he shared, “what hurts the most, is that John Landgraf and Dana Walden sat across from me and sited a summary of a slanted truth formulated by lawyers and clerks. They blamed my dismissal on the cast and crew.”

Mayans M.C. fans, what are you thoughts about the removal of Kurt Sutter? Share your comments and be sure to check back with TV Shows Ace with the last television news. Mayans M.C. airs on FX, Tuesday nights.