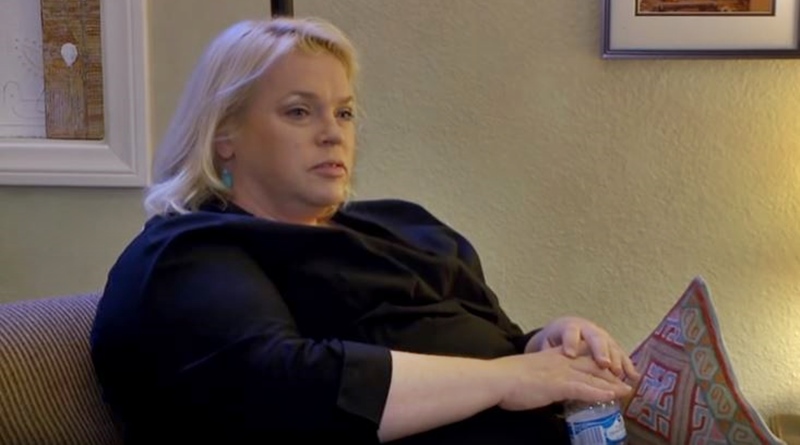 Sister Wives fans know that Maddie Brown Brush had her new baby girl over a month ago. Now big enough to travel with mum, they got together with Jenelle Brown in Flagstaff. Jenelle had a bit of a full house with kids there, and her mum as well. So, they used the opportunity to take a four-generations pic of the four women. This picture’s likely to generate many wonderful memories for years to come.

Janelle shared the photo, noting, “My kids were all in town this past weekend and I was determined to get more photos of us all together but frankly we were just having to much fun to stop and pull out my phone. I am sad about it now. I did, however, manage to get a 4 generation picture before my mom left.”

Sure enough, it showed Janelle’s mom, Janelle, Maddie, and newest Sister Wives‘ addition, baby Evie-K. It looks like there’s some very strong genes there, as there’s a likeness to all of the women in the pic, right down to the new baby. One fan noted, “Four generations of females: this little one has a tribe of strong & fiercely loyal and independent women to mentor and love her into womanhood.” Another noted, they are blessed to have four generations alive at the same time.

Actually, four generations being alive at the same time is more common these days. But, even so, it’s not all that common that they all get together to snap a pic. Our modern lifestyle brought long-living people, but also saw the separation of families due to easy travel and job opportunity. So, it’s a nice picture to treasure. Sometimes, it goes beyond special for those living today. As one Sister Wives follower noted, “In our family, there’s a 4 generations photo from days gone by and even the grandkid in it now has kids who are also fascinated by it these days. You have a precious memory here for future generations to cherish.”

Other fans think the picture’s a blessing as well. “What a beautiful memory to have to look back on,” said one fan. “4 generations, how privileged you are 💕,” chipped in another. One fan even managed a five-generation photo. They wrote, “hat is so cool! I love these kinds of pictures! ❤️❤️ I was able to get a 5 generation picture with my grandma and grandson before she died. She died a few months after he was born. Those are neat photos to have!!”

My kids were all in town this past weekend and I was determined to get more photos of us all together but frankly we were just having to much fun to stop and pull out my phone. I am sad about it now. I did however manage to get a 4 generation picture before my mom left. #4generations #family #grandma

What do you think of the photo that Janelle Brown shared showing four generations? Do you think she’s really blessed? Do you have similar pics that you treasure? Sound off your thoughts in the comments below.

What’s Going On At Kanye West’s Los Angeles Residence?!
‘Teen Mom 2’: Chelsea Houska Has A New Look And Fans Are Not Happy
Which Duggar Courtships Seem To Be In The Works?
Elizabeth Johnston Adds A New Member To Her Family: Meet Georgia
Erin Krakow Wants Lori Loughlin To Return To ‘When Calls The Heart’