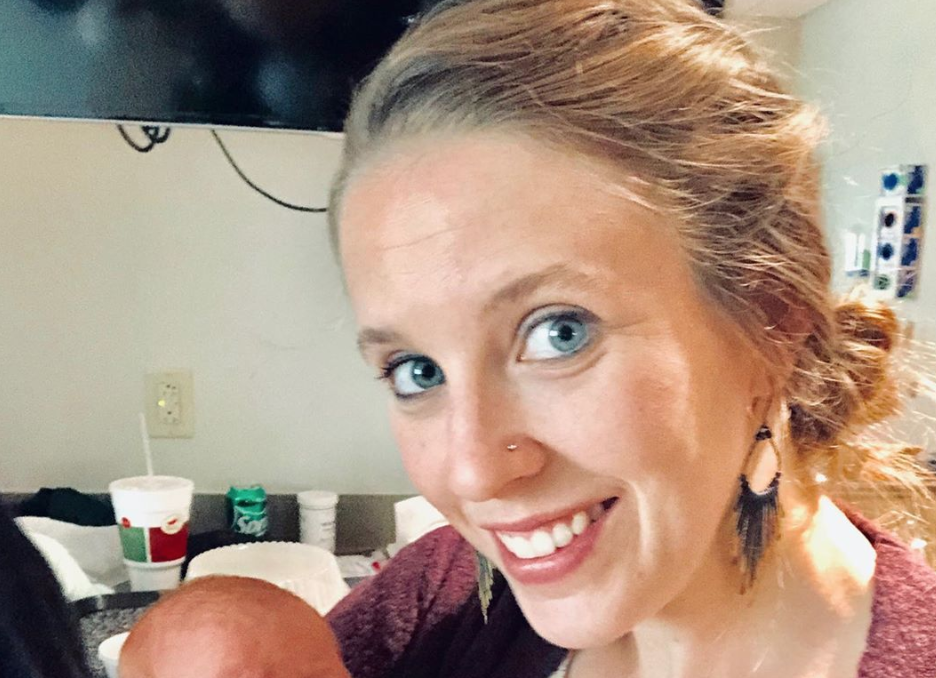 Jill Duggar is facing the life of motherhood and hurting herself in the process. She shared with fans that she actually injured herself while shopping. That’s got to hurt!

According to Popculture, Jill Duggar showed her Instagram fans how she hurt herself on her story. Apparently, the mom took her kids grocery shopping, but it didn’t quite go as planned.

“So … This happened today,” Jill said in the Instagram video. “Ouch, y’all. This bar…sticks out and I literally rammed my shin into it…I was like, ‘Uhhh,’ trying to, like, be all cool and collected while I literally gave myself a big, old, whopping bruise.”

Jill went on to show off the bruise, but apparently the camera didn’t pick up exactly how severe it was. She says that despite the fact that the camera wasn’t showing everything off, it was a raised bump and turned green right away. That is definitely less than ideal.

It’s already hard enough taking multiple children to the grocery store. Then, she injured herself too. Jill literally just went on a rant about being a mother too so the timing is kind of ironic. She posted several stories about her day with her children and they did sound pretty rough. However, she’s handling it all like a champ and “embracing motherhood.” Luckily she says that “kids will be kids.”

So…this just happened in like 3.2 seconds. 🙊🤣 #dillardboys 🤪 That’s charcoal from the grill. …They said, “look mommy! We made chalk!” 🙄 #israeldaviddillard #samuelscottdillard Oh, and that was after I’d already got them out of the muddy puddles (thanks #peppapig) and stopped them from throwing grass clippings at each other and filling Sam’s hood with them. #bathtime #embracingmotherhood💞 #reality #life #kidswillbekids

She definitely has a lot of practice at raising kids after living in a house with so many siblings. Her few kids should be a piece of cake at this time. Now, she’s learning how to be a mother and she’s doing a great job at it.

This isn’t the only Duggar “drama” that’s been going on. Jinger was just caught dressing conservatively around her family after she hadn’t been for a while. Previously, the star was wearing ripped jeans and showing a lot of skin. However, once mom and dad were in town, she switched to a very conservative dress. Maybe, she was just respecting their wishes. Hopefully, she wasn’t trying to hide anything.

Have you had any days like Jill Duggar? Let us know your experiences in the comments below. Or, let us know if you think she is being a little dramatic?

Be sure to come back to TV Shows Ace for news on all of your favorite reality TV stars. There’s a lot to keep up with. Let us help!

Haley is a recent IU grad with a degree in journalism and apparel merchandising. She loves to indulge her guilty pleasures by watching or writing about reality TV. In her free time, you can find her wandering around IKEA looking for cool furniture or playing with her cat Bagel.