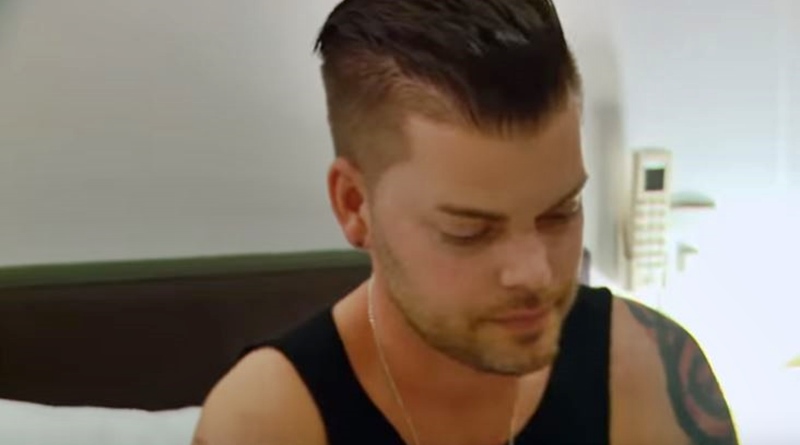 90 Day Fiance: Before the 90 Days runs for a little more, but it’s winding inevitably towards its conclusion ahead of the new 90 Day season on November 3. Tim Malcolm popped up this season, and right from the beginning, people wondered if he was trans or preferred men to women. His obvious reluctance to pop into the sheets with Jeniffer fueled even more speculation. Now, Tim addressed those rumors and spoke about why he gave Jeniffer a second-hand ring.

Tim came across as a bit feminine right from the start of the TLC show. If he turned out trans, most people would accept that. But, Tim denied all allegations that he really had feminine traits. We reported that he once said he never had any issues getting girls. Also, he preferred calling himself metro. That’s a man who enjoys fine things like style and art.

ET caught up with Tim and asked him about it. The 90 Day Fiance star was at the “90 Day Mixer at The Highlight Room in Hollywood, California.” Tim told them that “[Jeniffer’s] not the only one that’s said that. Let’s be honest,”

“There’s a lot of people that have speculated that there’s all kinds of issues going on.”

Fans can recall that even she wondered if he had issues there as he failed to take advantage of her invite to go to bed. Tim says flat-out he is not trans, mentioning he never had breasts removed, either.

On the second-hand ring, Tim feels fans should know that it wasn’t actually an engagement ring. The ring was a promise ring.

He noted that if they go through with it, then there’ll be time to get a proper ring. He told ET, “There’s a lot of back story on that ring and lot more to do than just what the viewers saw. But obviously I was running out of time…Obviously, if I’d had more time maybe I would have…traded it in or gotten a different ring. It’s what I had to work with.”

After mentioning his desire for marriage, he insisted he’d never been married before. Well, 90 Day Fiance fans speculated about that as well. Over on Reddit, some fans unearthed an interview from 2016 and an article from 2013.

Both times, he referred to his ex, Veronica as his wife. But, they might have been common law married in NC.

What do you think about Tim Malcolm completely denying he’s trans? And do you still think he made a mistake giving Jeniffer that second-hand ring? Sound off your thoughts in the comments below.