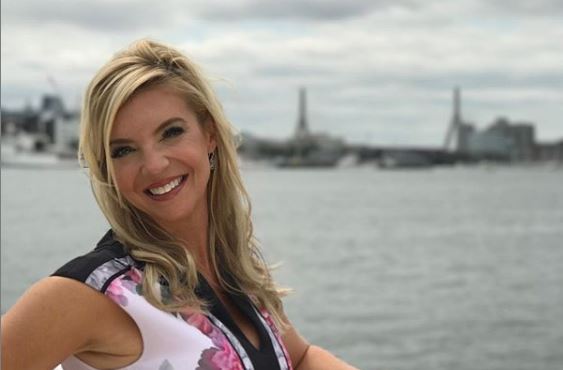 Jon Francetic and Dr. Jessica Griffin spent a lot of time together during Married at First Sight in Season 6, for all the wrong reasons.  As a then-groom on the arranged marriage reality show, Jon Francetic seemed just as handsome, humorous, and charming as he is today, and Dr. Jessica Griffin remains the same as a relationship expert, but the relationship between the two now is drastically different.  In addition to being partners in life, the unusual Married at First Sight match is merging combined talents in a new business venture.

According to an exclusive report on October 12 from Monsters and Critics, Jessica and John have launched a new web-based relationship skill training business called Love Builder.

Fans will certainly remember Jon Francetic’s failed pairing with Molly Duff in Season 6.  On the surface, the two seemed to have much in common, but the bride never developed any sense of true attraction to her new husband, no matter the interventions by Dr. Jessica Griffin.  Not to belabor the bad memories, but when the name-calling became vicious and toxic, the expert insisted that the negativity had gone too far.  Fans rallied to Jon’s corner by the end of the difficult season.

Some viewers wrongly assumed that Dr. Jessica Griffin and Jon Francetic form chemistry during filming, but Jon insists that never happened, mainly because her visits were always at a crisis point of the current marriage.  The Married at First Sight dejected groom didn’t really like any of the esteemed experts during filming, and he even said “I hope I never see that woman again!” regarding Dr. Griffin.

The two “formed a bond” after the show, when Francetic “realized how great she was,” and eventually, “locked that down” into a committed relationship.

When people ask what I do with @love_builder_inc_ …I’m not the relationship expert, I just do everything behind the scenes to make her look good 😎 business cards are in boo @dr.jessicagriffin

In the business of love

The idea for Love Builder came out of the experiences, both positive and negative, between the Married at First Sight veterans from both sides of the experiment.  Jon Francetic is an analyst for a credit union, and he determined that presenting Internet webinars with Love Builder would not only be the most cost-effective but also could have a worldwide reach.

Francetic runs the “back end of the business” for Love Builder, making sure the logistics and everything technical runs smoothly.  Jessica Griffin devotes her decades of expertise to help participants learn to “build love like a house.”  Prior to taking courses, participants fill out extensive questionnaires and all identities are kept completely confidential.

Heyyy, ladies…. All the single ladies! 💗So many of you have been asking for this and I’m super excited to let you know that on Thursday, 10/24 from 7-9 pm est. I’m going to host LIVE our first “girls night in” a one night 2 hour webinar on love and relationships, how to find love, and why much of what they teach you in self-help books about finding love is wrong! I’m going to talk a bit about brain 🧠science when it comes to love ❤️and attachment and am going to answer your questions about dating and relationships — including why we sometimes get in our own way! Then I’ll give you research-based strategies to address this, and avoid toxic relationships. So, tag your besties and get your rosé ready 🍾 (or your relaxation tea 🍵 ). Register at www.lovebuilder.com or see my link in bio #lovebuilder  #heygirlhey #allthesingleladies #girlsnight #girlsnightin #singles #relationships #drjessica #relationshipexpert #roseallday

Jon Francetic also divulged that his marriage to Jessica Griffin is set, but the couple has decided to not give the date “about a year out.” They plan to exchange vows at Ventosa Vineyards in New York.

In a social media post, Dr. Jessica Griffin writes that most of what is written: “in the self-help books on finding relationships is wrong!”  She then announces the October 24 evening webinar.

One thing is certain—this couple knows that love can grow out of a very painful situation.  It comes down to a choice to “decide to be vulnerable,” according to Francetic.

Season 10 of Married at First Sight premieres in January on Lifetime, and the love gets bigger because five couples will take the leap in Washington DC.