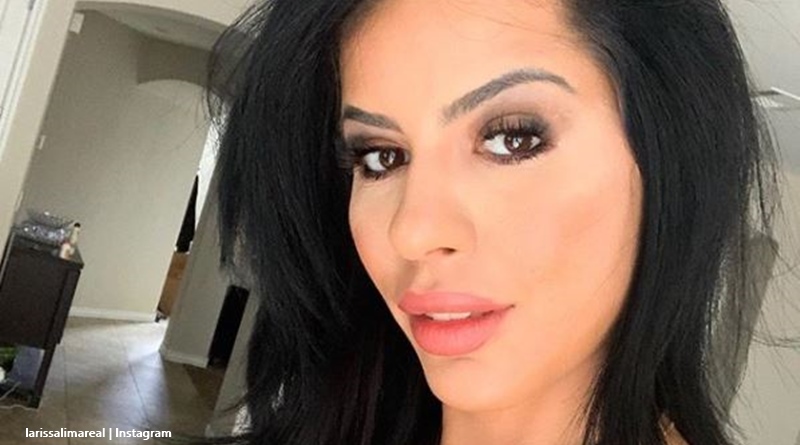 90 Day Fiance brought us Larissa Lima and Colt Johnson. She’s not been seen back in the show since Happily Ever After? They got divorced.

Meanwhile, Colt apparently dated and possibly filmed for another season with Jess Caroline. But, it gets more confusing as more recently, it seems he’s dating someone called Vanessa Guerra.

Now, Larissa Lima named and shamed her about her own unclothed photos and it could be illegal.

Colt shared some pics of him with this Vanessa Guerra and it seems she’s actually from Las Vegas. So maybe she won’t film with him, as that goes against the TLC franchise storyline. According to rumors, and a post by Larissa, Vanessa was married before. And it looks like the ex of Vanessa may have dished to Larissa on some photos that Vanessa has, or sent him. (Or someone else.)

The woman first appeared on Larissa Lima’s IG when she made a comment about being happy with Colt. Something Larissa was not. Now, Larissa’s spitting mad and yelling about some photos. Angry Larissa doesn’t speak great English, but what she said got clipped into in a post that 90 Day Fiance guru, John Yates shared.

The post that John Yates shared about Vanessa Guerra

Things go up and down all the time on IG, so stories and posts that John screencaps and shares, or gets direct from the stars themselves, are invaluable for the tea. In his post, John captioned, “We have a named alleged sidepiece.” Larissa responded, saying, “I have SCREENSHOTS that VANESSA GUERRA have my conversations with my former HUSBAND. sent to her husband my n*des and SHE HAS My n*des! SCREENSHOTS!!! SHE CANNOT DENY!!!”

Wow! Okay, so the convo that John screen-capped said, “Vanessa, why you hate my body too much? And why do you have my n*des? Why you send my n*des to strangers?”

As far as we can tell, it looks like Vanessa Guerra is accused of getting n*de pics of Larissa from 90 Day Fiance‘s Colt and then sent them somewhere, possibly to her ex-hubby.

Fans react – if true there could be a crime

Fans seem a bit confused about Vanessa, but no matter, if she really obtained n*des from Colt and sent them via an electronic device to someone else, that could be illegal. Some fans told Larissa how they think this could be so.

One said, “that’s all s*xtortion. Get a lawyer involved immediately…”

Meanwhile, another pointed out, “get a lawyer immediately. That right there is against the law. She deserves to get into so much trouble. No one should ever use explicit photos like that against anyone. Especially since they were never meant for anyone else to see. I hope you get all this settled.”

But, possibly, the most detailed explanation to the 90 Day Fiance star came from another fan. They wrote, “it is SO against the law for Colt to share your private n*de photos!! If he shared them by text or computer it’s considered trafficking p*rn. Also, since he shared YOUR pictures, an ex-wife, this could be considered what they call “revenge p*rn”, meaning they were shared with the intent to harm, embarrass & humiliate you. If Colt’s GIRLFRIEND is doing this, SHE might also be committing a crime and you can have both of them charged. Contact your local police Dept. They can help you.”