Duggar, News, Reality TV
Share on Facebook
Share on Twitter
Share on Pinterest
Share on LinkedIn
Jill Duggar recently attended a baby’s funeral which is very sad. Some fans think she went a little too far with the posts she made concerning the funeral. The Counting On star has made controversial posts in the past according to OK and even got dragged by her cousin Amy for it. She had reportedly used emojis when commenting posting about their grandmother’s funeral.
On her Instagram, Jill Duggar posted a picture of a casket with flowers on it. She said today, “I watched a couple do what no one should ever have to do, bury a child.”
The photo was shocking to anyone scrolling  Instagram. It has also been triggering for some people. Parents who’ve lost their own children or a person who is depressed could find it deeply upsetting. This is why fans were upset that Jill Duggar didn’t think before she posted it. 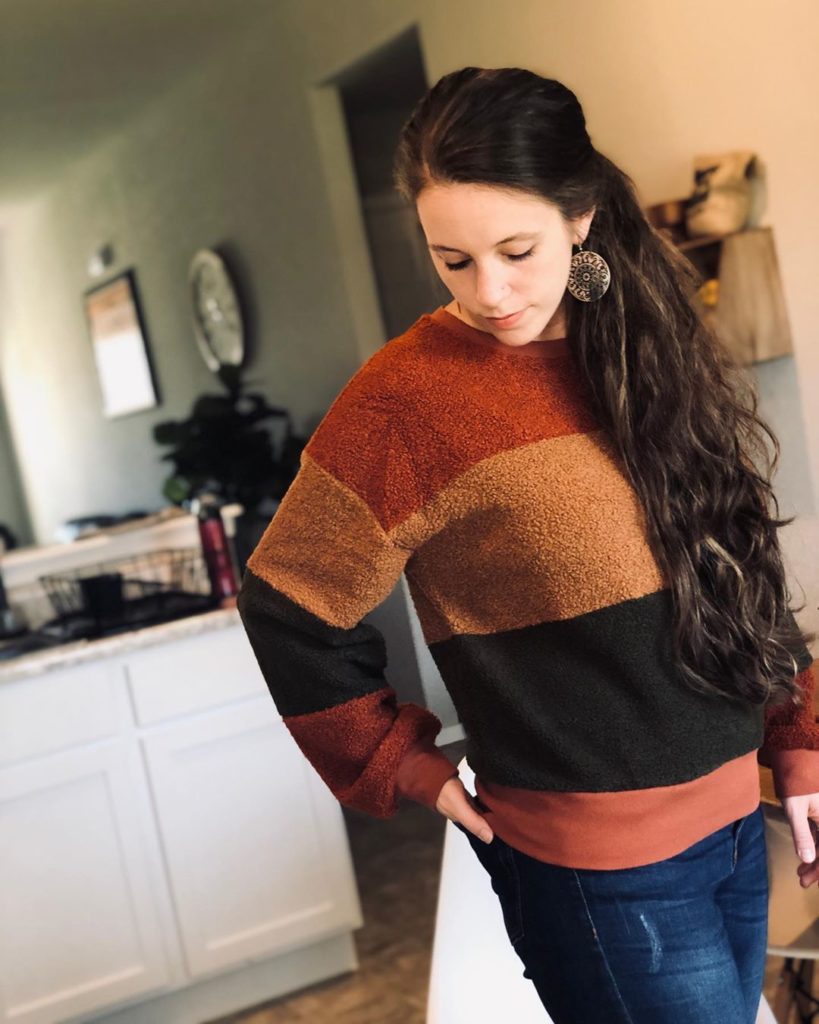 Immediately the reaction to Jill Duggar posting it was that it was in poor taste and lots of fans shared their opinions. One fan said not everything has to be an Instagram post. They called her tacky for sharing it even if she had the purest intentions.
Jill Duggar captioned the photo, “although our hearts break here on earth, we look forward to the day when we will see Jesus face to face, he will wipe every tear from our eyes and we will be reunited with those we miss so much.” Despite the lovely sentiment fans felt like it was very disrespectful for her to post such a private moment for her thousands of followers.
Another fan was concerned for the parents wondering if Jill Duggar got permission to share the picture. One fan said, “this is someone’s deepest heartbreak, I really hope you delete this.” Several other fans also asked her to take the post down and really think about what she was doing.
Fans also think it’s bad timing because her sister Joy-Anna is still grieving the child she lost recently. She didn’t disclose whose funeral it was, but it still seems a little too much for social media. Jill Duggar’s fans accused her of using posts like this for attention and have accused her of doing so in the past. Using someone else’s pain for social gain is not okay. If it’s like any of her other controversial posts, it will remain up and she’ll just never comment on it.