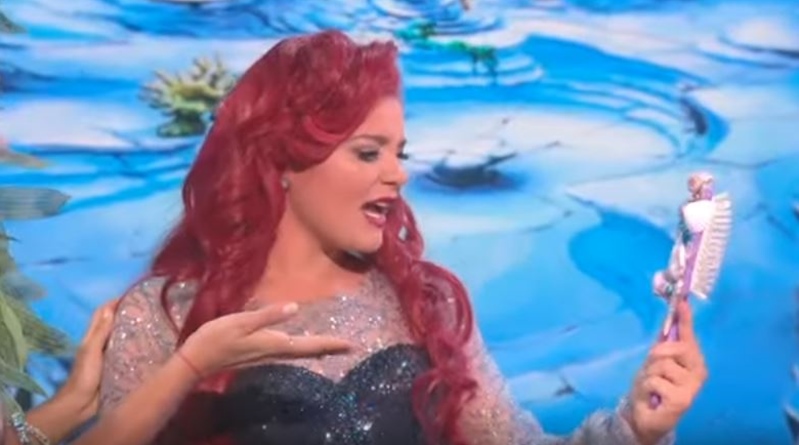 DWTS star Lauren Alaina’s not interested in dating anyone right now. Her heart’s totally given the show since her split from the comedian John Crist. Throwing herself heart and soul into dancing for the show, there’s no time or interest in other men right now. The country singer still likes cowboys, but not necessarily in her love life.

The crowd loved her performance with Gleb Savchenko on Disney Night. They performed a fun Samba to Under the Sea by Samuel E. Wright. The song came from The Little Mermaid. The couple scored eights, and some fans feel that if anyone let the side down it was Gleb rather than Lauren’s dancing. And, note that she never had much time to practice this one, so well done to her. It looks like concentrating on dancing rather than men and dating’s working for her right now.

On how dancing on DWTS is her priority right now, Lauren Alaina spoke to US Weekly. She said, “I’m dating Dancing With the Stars right now, and it’s getting better…We’re warming up to each other a little bit.'” And, she confirmed, “no dates” since the split from John. But, she gets a few DMs on her social media and she’s not really taking much notice of that.

Not looking or love after the split from comedian John Crist

Rather like Hannah B, it looks like the dancing keeps her really busy anyway. Perhaps after it’s all done, she might take a bit more interest. But, let’s face it, dancing at this level takes loads of rehearsals and a lot of energy. According to US Weekly, partner Gleb asked her if “cute cowboys” reached out to her. And, yes, she still likes cowboys, but, “But I’m not, like, interested in dating anyone right now.'”

It seems the DWTS star really just wants time to dance, and might worry about a man in her life later. Emphatically, she added, “I don’t need a boyfriend. Literally, this week, I’m dating the samba. And we’re trying to work through some things already. I’m dating the samba right now.” Bear in mind that the split was not really acrimonious either. They “remain friends,” she told the outlet. The couple, like so many busy stars, drifted apart and broke up without much fanfare and drama in September.

After the show is over – Lauren might date again

But, perhaps all those cowboys holding out for her attention will get lucky once DWTS wraps for the season. But for now, her heart’s not into dating. And, in case you wonder about her dance partner, she’s not in love with him either. That’s just as well, as he’s married with kids.

What do you think about Lauren Alaina dancing rather than looking for love after the split from John Crist? Do you think she’s enjoying the freedom to have fun, enjoy the competition, and dance her heart out rather than deal with dates right now? Sound off your thoughts in the comments below.