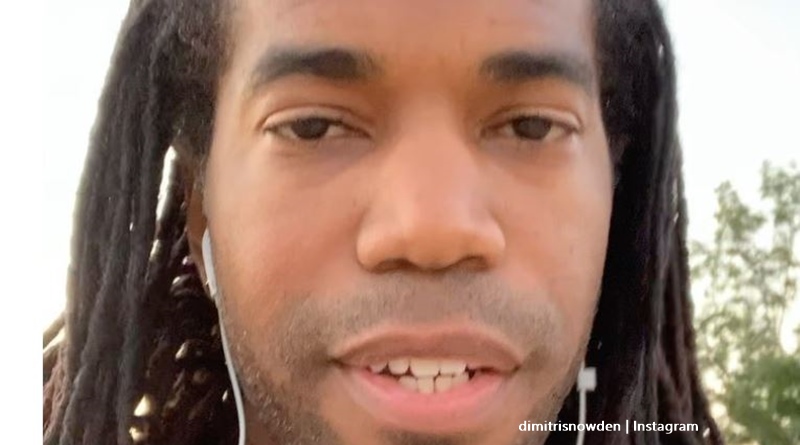 Seeking Sister Wife put out a casting call for a new season, but there’s still no word on when it might return.

However, the Snowdens remain quite active on social media. Recently, Dimitri spoke out when fans accused them of forcing Vanessa Cobbs to change. Fans can recall she ‘married’ the couple, but later left them and went to Australia.

During the TLC show, fans became very aware that Vanessa made a lot of changes to her lifestyle. We saw her go from eating meat to becoming a vegetarian. Other changes that amused fans completely was Ashley’s obsession with a squeaky clean VJ and yoni steaming.

Well, Dimitri says he never forced Vanessa into it all. Actually, an interesting point is she stayed with the vegetarian eating habits. On one of her posts a few months back, she said on Instagram she never went back to eating steaks.

In fact, on Episode 2, they discussed the vegan burger options in Germany and Australia. So, some of the things the Seeking Sister Wife alum took on, seem to have stuck with her. This week, a fan asked if the Snowdens would change when they look for another wife.

They asked, “are y’all going to be willing and open to@change in your life, your home? Truly, I don’t know much of anything, but I feel if you would [have] been open to change yourselves maybe you would not have lost the last one. all the things Dimitri and Ashey made her do.”

Dimitri denied they forced anyone to change

Replying to that, Dimitri said, “she didn’t have to do anything. she made a choice. she is a smart, able and clear thinker. the part your missing is we didn’t ask her to change – we simply stated how we operate and she agreed.”

He then noted to another person, “yes eating meat is a big deal for us just as smoking is a big deal, or kids or financial literacy. we all have our preferences. we don’t tell or ask any woman to change for us. we simply state who we are and it’s their CHOICE to pick us or choose someone else more compatible.”

Well, that looks like the first fan got her question answered. From Dimitri’s statement, any future Seeking Sister Wife partner would simply have to adapt to their way or take the highway. It looks like there’s not a lot of compromise on the cards.

Next, the fan said, “she had to completely change who she was as a woman, as a human. Indeed the whole world seen it. So that would not be telling all. Yes from the way she eats, to the way she dressed, she had to change to your lifestyle, y’all didn’t give an inch! Had you, then she may still be there.”

Dimitri gets angry with persistent accusations force Vanessa to change

The persistent questioning irritated him. His final word on the matter was, “we did not ASK or TELL her to change.” He added that Vanessa “made that choice herself.” Plus, the Seeking Sister Wife star noted that they gave up things too, but the viewers don’t know about those.

He then went on, saying, “People like you forget about the stuff that isn’t visible for tv like finances, insurance, our children having to accept another authority figure etc.” Grumpily, he said, “anyway, you’re free to think as you please based on 3 hours of tv spanned over 9 weeks. just remember, more life happens off screen than on. have a great day.”

So, it looks like as far as Dimitri is concerned, he and Ashley told Vanessa the way it would be, and she chose to go along with it. So, any newcomer in another season of the TLC show would probably need to make the same choice.

What do you think of this? Sound off your thoughts in the comments below.

Remember to check back with TV Shows Ace for more news about the cast and upcoming season of Seeking Sister Wife.