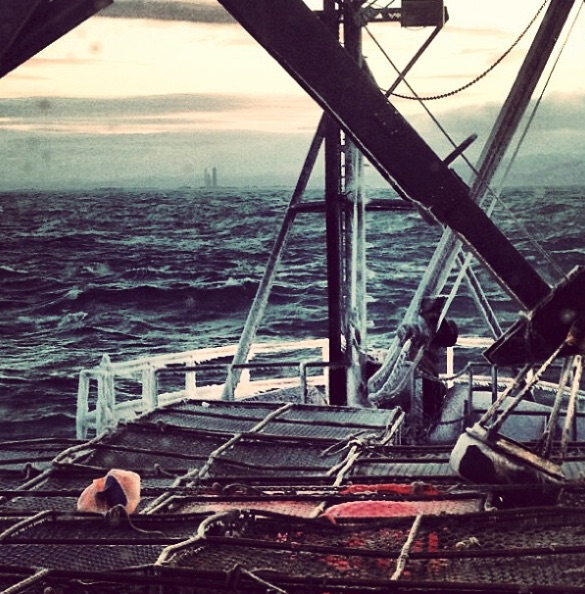 On Tuesday, it was announced that former Deadliest Catch star Jerod Sechrist was charged with heroin possession earlier in October. Who is Jerod Sechrist and what are the details of his arrest?

On October 5, former Deadliest Catch star Jerod Sechrist was arrested in Tampa. He was charged with one felony and one misdemeanor drug charges. One for possession of heroin, and one for drug paraphernalia, respectively.

According to People, he was first approached by law enforcement due to an open reckless driving case. The officers search his vehicle and found a clear plastic bag with a white, powdery substance. It tested positive for heroin.

There have been a lot of Deadliest Catch crew members over the years, but Jerod Sechrist is pretty memorable. He was only on three episodes in 2016, but he was unforgettable. He worked on Cape Caution, under Captain Wild Bill Wichrowski, for a short period of time. Jerod had trouble identifying which crab were male and which were female. This is important as females need to be thrown back into the sea. Boat captains get fined for bringing in females in their tanks. So, Captain Bill was none too happy that this occurred and promptly dismissed Sechrist.

Discovery has not commented on this arrest. Therefore, there is no information whether Jarod Sechrist had any addiction issues when he was on the Deadliest Catch. Addiction is a problem on crab boats, and fans of the crab fishing show have seen how drugs have been a problem for crab fishermen.

Wild Bill now commandeers the Summer Bay and he jokingly calls himself “Mild Bill.” That is because he has a team of crewmen that are choosing to stay clean. The best known member of Captain Bill’s team is Nick McGlashan. Earlier this year, Nick tweeted about his battle with drugs and alcohol.

“My journey hasn’t been perfect but it is mine and I am proud of it. I am clean today and am amazed of how far I’ve come. Wisdom and honesty define my behavior and because of that I can face inevitable misunderstandings.”

A few seasons ago,  Deadliest Catch fans watched the drama unfold as Bill thought that Nick had cancer. Instead, Nick suffered from serous addiction. He has come around to the other side now, and he is clearly grateful for Bill Wichrowski’s support.

For several years, there have been a cornucopia of Deadliest Catch arrests with some of the bigger names. Fans who wondered where Edgar Hansen was during Season 15 can look to his July 2018 arrest for assaulting a minor girl. Edgar inappropriately touched a 16-year-old-girl in the fall of 2017. Later, Edgar’s wife found out and he faced charged. He  managed a plea deal and avoided jail by attending classes and going through treatment. Although he fished during Season 15, he was not featured on the Deadliest Catch.

Of course, the biggest tragedy of them all was Jake Harris. Since Captain Phil’s death, Jake has had a lot of troubles. Two years ago, he was robbed and thrown out of a moving car and left for dead by a couple of grifters he befriended. A few months later, he was in Phoenix with a female friend. He took off with her car and she called the police. Jake and the car were found, as well as some drugs and paraphernalia.

Earlier in 2019, Jake was arrested with two felonies at Bayview State Park, in the state of Washington. He was in an RV and stopped by officers because he went to the park before it was opened. He did not pay the required fees. There was a police chase with the RV and the law enforcement won.

When the officers did stop Harris, they noticed the telltale signs of  drug use. This included rapid speech, tiny pupils and bloodshot eyes.  The police K9s found heroin inside of the vehicle and Jake was arrested on two felony counts. This was for DUI and heroin possession, with intent to sell.

In August, Captain Phil’s youngest son was sentenced to 18 months jail time for drugs. When he is released, the 33-year-old, former reality star will be require to stay clean. He will be given a device to breath into before he can start his car.

’90 Day Fiance’ Avery & Omar Share Life Update On YouTube
‘DOOL’ Spoilers: Jack & Jennifer Get Closer To Finding Out Gwen’s Secret
What Did Matt James Say Was Almost A Deal Breaker With Being Cast?
Where Is ‘My 600 LB Life’ Star Steven Assanti?
Courtney Waldrop Shares New Photos Of Her Night Owl